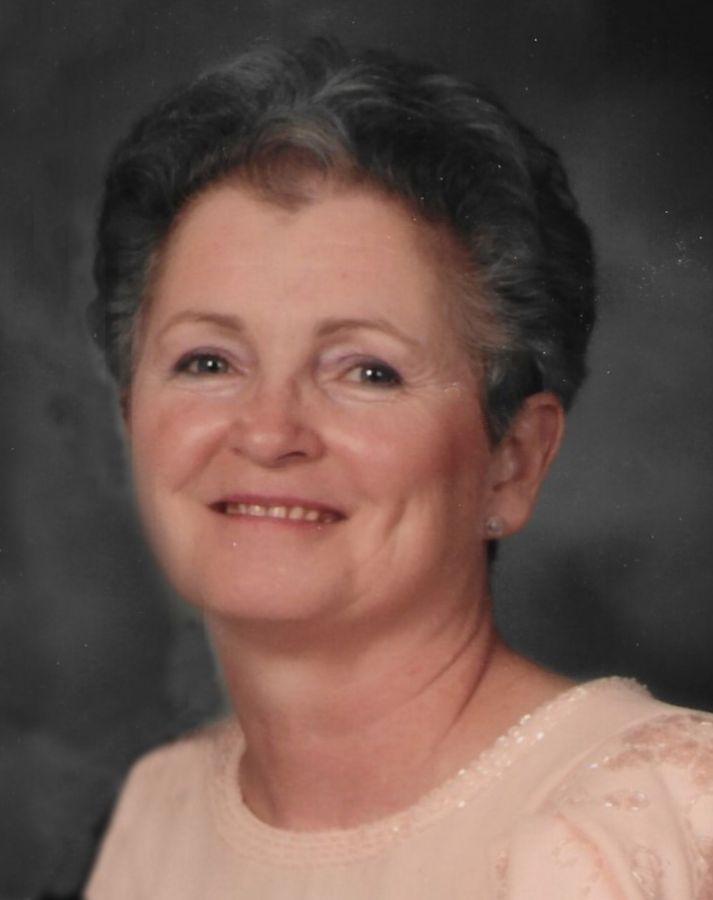 Anna, more affectionately known as Patsy, lived in Ireland until the age of 27 when she made the trip to Detroit, Michigan to join her two brothers, Martin and Jackie. After her arrival in the States, Patsy got a job at a candy store located in downtown Detroit. When the Quinn children moved to the United States, they were told to seek out the Mann family who were former friends of their parents from Belfast. Patsy was introduced to Patrick Mann shortly after her arrival. The couple wed in 1960 and were blessed with two children.

After having children, Patsy went back to work and joined the sales department of Jacobson's in the Village where she held a position for 17 years. Patsy enjoyed spending time with her grandchildren after retirement. Family was very important to her. She loved sitting around the table with family and friends to have drinks or a meal. She will be remembered for being a good cook and always adding a little bit more to everyone's plate. She was a true homemaker and caretaker.

Throughout her life, Patsy made three trips back to visit her home in Ireland. She loved Irish dancing and even partook in the act herself. Patsy's Irish culture was very important to her, and she was a member of the Friendly Sons of St. Patrick and Gaelic League Irish American Club.

Patsy will be remembered as a social butterfly. She was always a good hostess to anyone and everyone that came into her home. One of Patsy and Patrick's favorite things to do was sit on the front porch visiting with neighbors and all that passed by. If you drove by you would see friends and family sitting on the steps laughing and enjoying each other's company.

Patsy was the loving wife of Patrick. Dear Mother of Eileen (Hugh) Marshall and Kevin (Barbara) Mann. Beloved grandmother of Julie (Brian) Klingenberg, Conor Marshall, Iain Marshall, Colin Mann and great-grandmother of Maverick Klingenberg. Cherished sister of Margaret McGlade, the late Moya Wills, the late Joan Quinn, the late Shelia O'Connor, the late Patrick "Martin" Quinn, the late Noreen McMullan, and the late John "Jackie" Quinn. She is further survived by many nieces and nephews.
A Memorial Mass will take place on Thursday, February 2nd with a gathering at 10 am until the time of her Mass at 11 am at St. Ambrose Church, 15020 Hampton Street, Grosse Pointe Park, MI 48230.

I will forever miss talking to you on your porch when I'd walk by with the kids. Rest in peace, Patsy ❤️

Patsy, I'm glad you were a part of my life from the time you and mom met when Eileen and I were infants in the strollers you pushed down the street. My deepest condolences to you Pat. And, to Eileen and Kevin. I pray that you three will be filled with a sense of peace knowing that you will see your beloved wife and mother again. I remember Patsy from when I was a small child from all the way up until this past December when I got to share an "Irish muffin" meal with she and Pat and my mom. I'll always remember your impish, dimpled smile and the way you said my name.

Mrs. Mann was a very lovely lady. I have known her for years

Patsy was a vivacious, lovely woman who embraced you immediately and became a dear friend. She was always happy, funny, a jokester, a free spirit that you absolutely fell in love with. Her kindness and Pat’s were overwhelming and they were a classy couple! She will be missed by all of the people’s lives she touched. May her journey to see the face of God be as beautiful as she was, and Paradise welcome her to a place of Peace.
May God provide comfort and strength during this difficult time for the family and God provide his essence and embrace you with love and peace in your Hearts!
With Love, condolences for the great life of Patsy!

On behalf of the Capuchin brothers I offer my deepest sympathies on the passing of Patsy. It is truly humbling to receive memorial donations in honor of her life. Please be assured of the brother's prayers for the entire Mann family during this great time of grief. May perpetual light shine upon Patsy.

So sorry to hear this sad news.Girdon and I and Bobby spent happy times with Patsy and Pat and family lots of fond memories R.I.P. Patsy

She was a lovely woman. My condolences to the family.

The attached photos are added to the memorial of Patsy Mann to help share their legacy.

Please help memorize Patsy Mann by recording your attendance below.

Thank you for sharing your memory of Anna