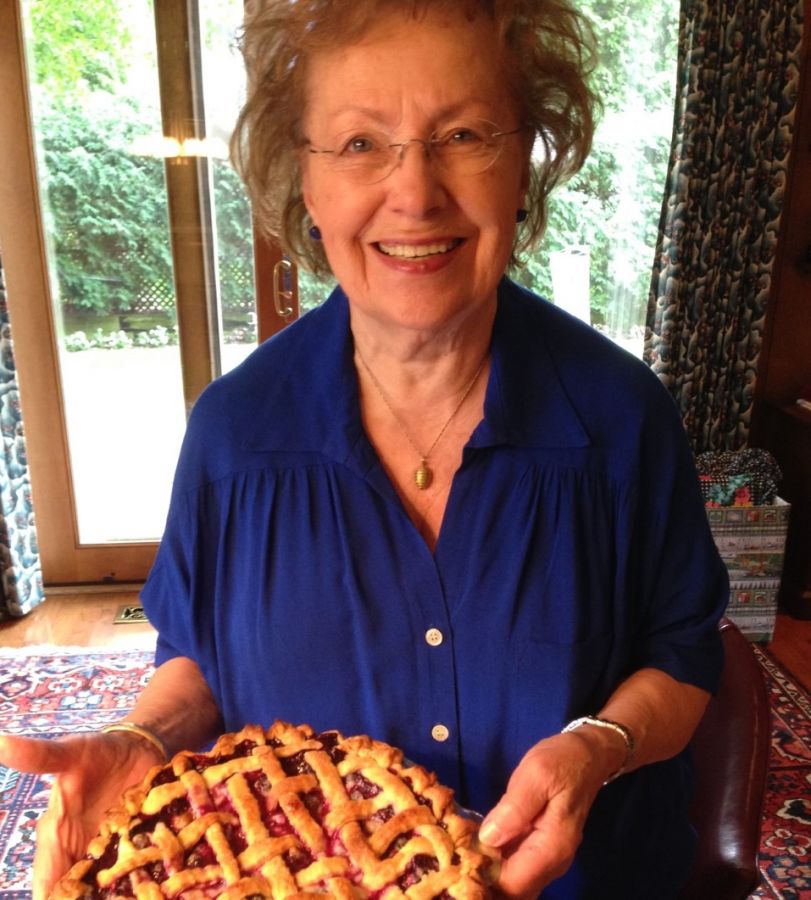 Lorraine was born on March 24, 1929 in Lansing Michigan, as the first child to Elsie (Jacobson) Rhynard and Hugh Rhynard. Her birth was followed by that of her sister Delores and her brother Norman. They were a close family and Lorraine delighted in maintaining ties with her family from both her mother and father's side her entire life. Tales of the summers she spent at her aunt Louise and uncle Hollis' farm near Middleton, Michigan and the fun she had with her cousins were frequently told at the dinner table.

Lorraine's family relocated to Detroit in her early years so that Hugh could pursue work there as a supervisor for a machine shop. Too old to serve in WWII his work supported the war effort and his company received a letter of thanks from FDR for their contributions. The head of his company called out Hugh as being an important part of their team. This was a source of pride for Lorraine and her family and she cherished her close relationship with her father.

Lorraine graduated from Mackenzie High School in Detroit in 1947. Along with Delores she worked as a "Candy Striper", a volunteer at Harper Hospital. This was probably the start of what was to be a life of outreach and service to others. Also along with her sister, she drove far across town from her family's west side home to Ebenezer Baptist Church on Detroit's east side - because "that's where the boys were". Besides perhaps the attention of a few well behaved men, Lorraine found a deep devotion to the faith that would sustain her for the rest of her life. She was a searcher and she was the spiritual leader of her family.

Fate, a flat tire or perhaps God's hand brought Lorraine to the love of her life when her car broke down in front of Harper Hospital, on her way home from Ebenezer. Steve Manos, the son of Greek immigrants whose sharp dark eyes spotted her marooned vehicle came to her assistance. A far cry from the fair haired Baptists she was accustomed to, he probably scared her a little on that dark night. But he fixed the flat and accepted her offer to meet for a cup of coffee on her. And that began the adventure between a perhaps naive young woman of Swedish heritage and street-smart Greek who had lived a somewhat non-Baptist lifestyle.

Lorraine and Steve wed on February 18, 1956 at Ebenezer. Being a Southern Baptist church there was no drinking and no dancing. But despite the restraint of the ceremony -and Lorraine spoke with a smile at the contrast between the reserved, Scandinavian Rhynards and the boisterous Greeks-their love was passionate and you can see it in the black and white wedding photos. The lack of dancing and drinking was made up for later.

Lorraine at this time was teaching elementary school in Detroit. Steve was finding his way towards an entrepreneurial career in the steel business. In 1957 Lorraine and Steve had their first child, Mark. They were living in an apartment on Buckingham on Detroit's east side. Right after Mark's birth Steve founded Delta Iron Works, the company that would be his life's work. Lorraine stopped teaching and stayed home to care for their son. When Lorraine became pregnant with their second child Steve and Lorraine bought a small house on Springle Street in Detroit. In 1961 Chris was born and Lorraine's family was complete. In 1967 the family moved to Grosse Pointe. Lorraine always said it was to get Mark away from the hoodlums he had fallen in with. Little did she know there were also hoodlums in Grosse Pointe. Lorraine was very involved with her two sons and their education. The Rhynard family had a strong interest in the visual and performing arts. Delores was an accomplished painter and Norman's career involved photography and photo labs. Both Lorraine and Delores loved to sing and were the first ones around the piano any time a sing-along presented itself.

She shared her interest in art, taking the boys on regular trips to the Detroit Institute of Art. Her interest lead Steve to get interested in the arts as well. Lorraine and Steve were members of The Founder's Club which afforded them access to a lending library of art and Lorraine relished the semi-monthly trips to the DIA to pick out new art to hang on their walls. Lorraine also took oil painting classes. Also passionate about music Lorraine mandated piano lessons for the boys. Years later she would gift a piano and lessons for her grandchildren.

Lorraine reveled in her role as a homemaker. She was a consummate cook, and had great enthusiasm for decorating the family home. Christmas was a favorite time of year for her and she delighted in picking out the perfect tree and getting all the family to participate in decorating it. Decades after picking out their first tree together, Lorraine recounted with a laugh that she was shocked that he was ready to purchase a tree that they both liked... because they had only visited one the first Christmas Tree lot! Hours after everyone else had tired themselves out Lorraine would still be hanging ornaments and making adjustments, smiling the whole time. She also applied these energies and talents to functions outside the home, decorating tables for coffee hour at Fort Street and in later years participating in the festival of tables fundraiser for the Daughters of Penelope.

Lorraine and Steve loved to travel which really kicked off with a trip to Greece in 1977, a trip they took with Revered Robert Crilley and his wife Virginia. Several international trips followed including trips to Germany, Itay, Hong Kong, Singapore, Argentina and Brazil. After Steve's death Lorraine traveled to Europe with her granddaughters Stephanie and Joanna and made many trips including to Thailand with her beloved niece Thea, her sister Delores' daughter.

Lorraine participated deeply in the church, joining the choir, becoming a deacon and serving on various committees to support the churches work. The friendships she formed there sustained her after Steve's death in 1997 and as she aged and her health and mobility declined. Lorraine was predeceased by her husband Steve, her brother Norman and her sister Delores. She is survived by her sons Mark (Jeanne, Kathryn), Chris (Kathy) her six grandchildren and seven great grandchildren.

Lorraine was my second mom growing up with my best friend Chris. I have countless memories of time spent at the Manos house. One stands out though, Lorraine helped us in our Quest to capture a Luna moth by painting a tree with beer and honey, followed of course by peanut butter and banana toasted sandwiches! She helped mold me in my early years and I am eternally grateful for having known her

The attached photos are added to the memorial of Lorraine Manos to help share their legacy.

Please help memorize Lorraine Manos by recording your attendance below.

Thank you for sharing your memory of Lorraine