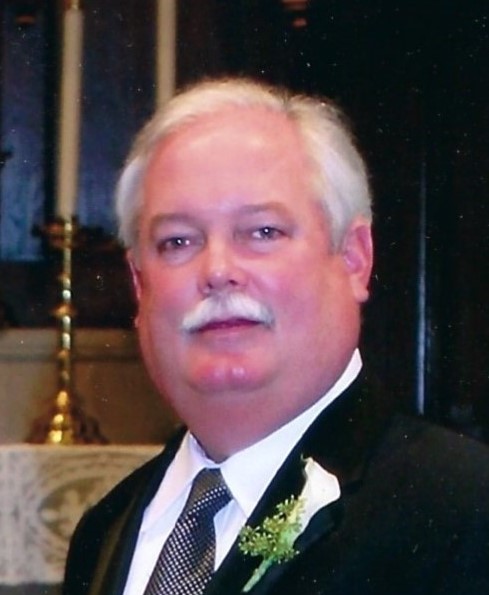 Joseph Thomas Coughlin, resident of Grosse Pointe Park, passed away on Friday, July 1, 2022 at the age of 73.

Joseph was born in Detroit, MI on June 11, 1949 to the late Francis and Ellen (Whelan) Coughlin. He attended Austin High School in Detroit.

After graduating in 1967, Joseph joined the National Guard and went on to Dayton College and Wayne State University. He worked at a logistics company in Taylor, MI , the F.X. Coughlin Company where he eventually became the CEO.

Joseph was a member of many clubs including the Detroit Athletic Club and the Country Club of Detroit.

When he wasn't spending time with his family or running his company, Joseph could be found enjoying his interests and hobbies which included Detroit sports, golf, horse racing, travel and youth baseball.

In lieu of flowers, memorial contributions may be made to the Coughlin Family Foundation St. Louis Children's Hospital through Fickle: https://support.stlouischildrens.org/site/TR/DIY/General?px=1136935&pg=personal&fr_id=1121&fs=e&s=cl

"He is, however, still alive in today's pick 6 at Gulfstream Park."

I only knew Joe a short but in that time he showed and talked about how much his family and his wife Donna meant to him and how much he loved them. Joe was a avid sports person and with my time with him he introduced me to sports I never watched and taught me things about other things in the sports world. Joe was a very proud man and had a lifetime of accomplishments. My thoughts and prayers to the family, I am truly sorry for such a loss. My heart breaks for you all as mine also felt broken. Thank You Joe for the time and stories you shared with me. Cathy Pizzuti (home care giver) RIP

We were shocked and saddened to hear the news about Joe passing…..It has been a while since we worked and socialised together but I will never forget his help and support with our business dealings and our relocation to Detroit in the mid nineties.
Deepest Sympathies to Donna and Family.
RIP Joe. God Bless.
Kevin and Maureen Wall….(ex FMC and JLR)

I'm so sorry Donna and boys. Joe was a wonderful man and I cherish the years traversing the country playing in baseball tournaments. Washing uniforms at 2:00 am in Tarkio Missouri was a highlight! I enjoyed seeing you at DAC a couple times a year and tell baseball parents every year about F.X. Coughlin and your program! Thank you for being an inspiration in my life.
G.T. & Lynn Johnson

Joe's love for Donna, sons, family and God, were his quiet heroics, that impacted me significantly, Yes, his antics, fun, shenanigans and street smarts were so ever present, He was a loyal wonderful man to his friends, business associates and employees. He walked his talk. I was with him when we thought he won the Kentucky Derby. For a flashmoment I was jumping up and down embracing Joe and Donna. It felt like he won. No, a photo finish. His horse, Captain Bodgit, came in second. Though Joe did not win the Kentucky derby, he ran and won the bigger race. Thank you Joe for being my friend. I will miss you greatly. Love, John Quinlan

Joe,
It was back in the late 80s that we met thanks to our sons Carl and Dave being friends. We talked a lot of baseball and I'll never forget when, out of the blue, you said to me, "you are going to coach an F. X. Coughlin Cubs ball team". Darned if you weren't right, Joe. But first, you had me serve a travel baseball "internship" with the infamous Chris Kuppe. When that didn't bother me (at least externally), you set up an entirely new FXC team for me to run as Carl was moving up age-wise and Dave was staying in the under 8 level. Who does that? You do, that's who.

Like most FXC teams, we were very successful because you took care of everything and all we had to do was coach.

You were a builder, Joe. You build a wonderful family, a tremendously successful business and without a doubt, a baseball program that was the envy of most all of the Michigan programs. I am honored to have interacted with all three of those aspects of your life. Builders never leave this world, they live on, as you do now, in their legacies.

Hoping to see you in heaven, where all FXC Teams win every game.

I am truly sorry to hear of Joe's passing. He was a straightforward, fun-loving man who always seemed to see and nurture the best in others. May his soul now become part of God's kingdom in eternal rest.

Ciao caro amico joe. I m so sorry. We did not have time to say good bye. I can only say thank you for so many years working almost hand in hand You have been a great friend and a mentor. So many memories but La Scala in Milan was derp in our harts. Dear Donna : Elena Camilla and the whole family in close to you and you family. Ciao joe. Bobby

I will miss Joe greatly, particularly during the Kentucky Derby and Breeders Cup week when he usually sends me his race tips! I'm so happy now that I was able to send him so much info and videos of what was to be his last runner in the Melbourne Cup, Spanish Mission.
I send my condolences particularly to Donna and the Coughlin family but to all his many friends/ former employees. Joe was one of the most kind, generous and loyal men I ever met and a legend in our industry.
My favorite memory of him was during a trip to Melbourne when we had an appt cancel so he asked me to drop him off at our Crown Casino for 40 minutes before our next appt . When I picked him up again, he was smiling and had an extra $1800 in his pocket.
RIP Joe...you will be missed!

The attached photos are added to the memorial of Joseph Thomas Coughlin to help share their legacy.

Thank you for sharing your memory of Joseph