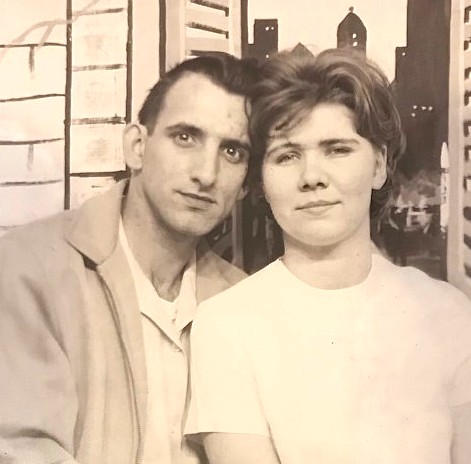 Peter Lazaris, age 80, passed away Sunday, June 26, 2022 in Warren, Michigan. He was born March 21, 1942 in Detroit, Michigan to Samuel Lazaris and his wife Georgia. Peter graduated from Frank Cody High School and entered into the Skilled Trades field of study. He became a Tool & Die Maker and in a short time the owner/operator of Dynamic Tool and Die Company which he ran successfully for 38 years.

Married since November 8, 1964, Peter was preceded in death by his loving wife Sandra on March 16, 2000. He is survived by 7 children; Andrew "Harry" (Nicole) Lazaris, William "Bill" Lazaris, Zina, Fyto, Teddy, Gus and Rita, sisters; Mary Lazaris and Lisa Lazaris, his brother Les Lazaris, 3 grandchildren; Chelsea (Mitch) Weaver, Isabella Lazaris and Amelia Lazaris, 2 great granddaughters; Sophia and Madilynn Weaver, several godchildren and many nieces and nephews. In addition to his wife, Peter is reunited with 1 son; the late Jonathan, a sister; the late Irene O'Toole and brother; the late Frank Lazaris.

Continually praying for strength and comfort for the family, especially today. May our heavenly Father God Almighty bless Pete in his new heavenly home, and bless the mourners here on earth, and comfort them. Amen.

I'm sure most of you know my dad (along with my mom) adopted me and my 5 siblings, raised Jonathan a foster child from the age of 3 weeks till adulthood and had a natural born son Bill. It takes a very kind-hearted, unselfish, brave person to take this all on. I was lucky and owe who I am today to my parents for keeping all of us kids together and providing a family we needed desperately. He is with my mom now along with family he has lost over the years. Dad you will be missed by all. Love you.
Harry

Pete: kind, big hearted, generous, fun loving, larger than life, contagious laugh, impulsive. Like the time he picked me up and turned me upside down (I had a dress on at the time) in Lora Cobb’s living room. I guess he felt the need to bench press 118 lbs. Funny now, not so much at the time. Lol
A great loss, our deepest sympathies and many prayers to family and friends for comfort and strength at this sad time.

The attached photos are added to the memorial of Peter Lazaris to help share their legacy.

Please help memorize Peter Lazaris by recording your attendance below.

Thank you for sharing your memory of Peter