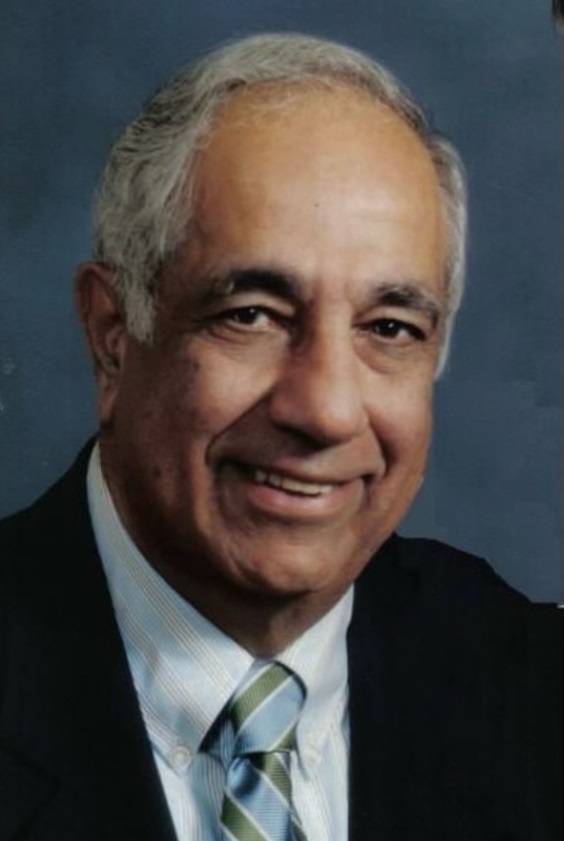 Grosse Pointe Park - Frederick Eugene Metry, 89, passed away June 10, 2022, at home while surrounded by his family. He was born in Detroit, Michigan on April 12, 1933, the son of the late Saleem Metry and the late Elmas Thomas Metry.

After graduating from Grosse Pointe High School ("The High") in June of 1951, where he lettered in football and basketball, Fred attended Wayne State University for college and law school. He graduated with both a Bachelor's Degree and Juris Doctorate in 1957 after only six years. Fred then enlisted with the Air National Guard and was Honorably Discharged July 18, 1960. Fred began his legal career in an office in Detroit with his brother Gil and other young lawyers. Fred actively practiced law for more than 62 years before a stroke in August 2019 prevented him from continuing, yet he insisted on maintaining his active status with the Michigan State Bar. He carried on with the thought and hope that his physical therapy and hard work would lead him back to active practice. Fred was a champion of the underdog and maintained that all people, regardless of whether or not they were his clients, deserved representation and a defense. Fred was well known in legal circles not only for his sharp legal capabilities but also for his courteous demeanor and gentlemanly manner. As such a well-respected and fine attorney, Fred chose the path of friendly competition in court as opposed to fire and brimstone; a trait that helped him succeed for many years. At the time of his passing Fred was still a member of the State Bar of Michigan and the Macomb County Bar Association. Fred was an original member of the Mediation Tribunal Association mediating cases in Wayne County up until two days before his stroke in 2019. Additionally, Fred served as a Mediator/Case Evaluator in Macomb County and as an Independent Facilitator and Arbitrator for many years. After practicing law for nearly 45 years with his brother Gil and friend Sam Sanom, Fred joined practices with his son Ted where he served as "Of Counsel." Outside of his legal practice Fred was the longtime and beloved owner of the Crews Inn restaurant in Harrison Township.

Fred was a health conscious, avid sports fan and sportsman who delighted in watching all Detroit sport teams and the Michigan Wolverines. He enjoyed working out 3 times a week well into his 80's and loved playing the games of squash and golf. For years Fred enjoyed golf year-round in Michigan and Florida having made four holes in one during his lifetime. Fred loved the competition squash brought playing (and winning!) doubles events up to his retirement from the game at age 80. Thereafter, he was resigned to his legendary morning workouts at the DAC. Fred spent many hours coaching first his nephews, and later his sons, in both baseball and basketball. People continue to tell his children 45 years later about his trademark coaching skills and the huge influence he had on their lives as young men.

Fred met the love of his life, Alice, at The Rustic Cabins, a popular college hangout in Grosse Pointe Park. Fred and Alice were married December 28, 1963. They happily enjoyed 60+ years of companionship and love prior to Alice's death in May 2021. Fred is survived by his three children, Tracey Metry, Judge Theodore (Lillian) Metry, and Jeffrey Metry, and his six grandchildren: Sam, Grace, Jori, Kyin, Alexandria and Gabriella all of whom he had special nicknames for. Fred is also survived by his sisters, Sally (the late John) Conner and Donna (Said) Muawad, along with many cousins, nieces and nephews. Fred was predeceased in death by his brother Gil (the late Eva).

In lieu of flowers, donations can be made to Racquet Up Detroit 6530 West Outer Drive Detroit MI 48235 in memory of Fred Metry, St. George Orthodox Church 2160 E Maple Rd. Troy MI 48083 or to the charity of your choice.

"Remembrance is a form of meeting."
- Kahlil Gibran

Fred you were a wonderful and good man!
We will always remember you!

Alice, Ted, and the Metry family,
My sincere condolences for the loss of your husband, friend, father, and grandfather.
My prayers are with you all during this time of grief.
Fred's smile and sense of humor will be missed by all who knew this great gentleman.
Frank Gerbig

I have opposed Fred on many cases over the years in the practice of law. He managed an admirable combination of zealous advocate and honorable gentleman. He will be missed. May he Rest In Peace.

Tracey, Ted, and Jeff, I have the most wonderful memories of both your mother and your father, and share in your sorrow as you say good-bye to them both in such short order. I spent so much time at your house when I was young, accompanying my parents to cocktail gatherings or spending time in the kitchen with your mom, cooking and playing games. They were such a gift to so many, but first and foremost to the three of you ... May the angels lead them into Paradise, and may the Martyrs welcome them into the heavenly Jerusalem! Much love, Carolyn (Bacon) Reese

Ted, Tracey and Jeff. I heard the news yesterday from my father. I am so very sorry. Your father was a great guy and great friend to my dad and mom. He always made a point to come and speak to me, and ask how I was, whenever I would see him, mostly at DGC. I recall your Dad shot his age at DGC not too long ago. I was blown away when I heard that and was so happy for him. Your folks together made a great couple. I have great memories of them both. They are back together again. Keeping you all in my thoughts and prayers at this tough time.
-Dan Kinsley

The attached photos are added to the memorial of Frederick Eugene Metry to help share their legacy.

Thank you for sharing your memory of Frederick