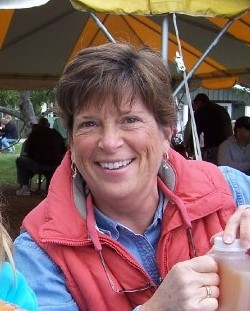 Carol spent her early years in Dearborn and Southfield where she graduated from Southfield Senior High School in 1969. She went on to attend Ferris State University.

She worked as a Dental Assistant for Wyandotte General Hospital Dental Clinic and then later in Grand Rapids for Dr Richard Despres. She went back to Ferris State University in the late 1980's and graduated in 1989 with a Bachelor of Science in Allied Health Education. She taught vocational Dental Assisting then joined Amway in 1990. She received her Master of Science in Career and Technical Education from Ferris State University in 2002. Carol retired in 2015 from Amway.

Carol enjoyed many activities and was always striving to learn new things. If she didn't know how to fix something, she learned how. She loved traveling and meeting new people. A room full of strangers was just a room full of friends she hadn't met yet. Her favorite trips included Australia, Alaska, New York, Bermuda, and Cuba.

She liked camping, played (and coached) softball, and was a brown stripe belt in taekwondo. She was a diehard Red Wings, Tigers, and Lion's fan and enjoyed going to their games. As an avid music lover, she attended several concerts every year. She was also a licensed pilot who owned an experimental float plane which came as a kit that she helped build.

Carol volunteered her time, talent and treasure to many charitable organizations. Her most memorable experience though was when she traveled to New Orleans after hurricane Katrina to contribute to the clean-up effort for a week.

Her family meant the world to her and she adored her grandchildren. Taking them to museums, sporting events, amusement parks, beaches up north, but mostly just quality time at her home. She was their biggest fan and cheerleader who will be missed beyond what words can adequately express.

A celebration of life service will be held on June 12th, 2022, from 12:00-4:00 PM, at the Frederik Meyer Gardens and Sculpture Park in Grand Rapids, Michigan. There is a Facebook event created to share pictures and stories at: https://fb.me/e/2wORnuoAH

Donations can be sent to the following charities that were close to Carol's Heart.

Lots of memories from High School all good I remember helping her family prepare the ground and put up the pool in their back yard in Southfield. Think of her often and sad at her passing. ❤️

The attached photos are added to the memorial of Carol Ann Welch to help share their legacy.

Thank you for sharing your memory of Carol