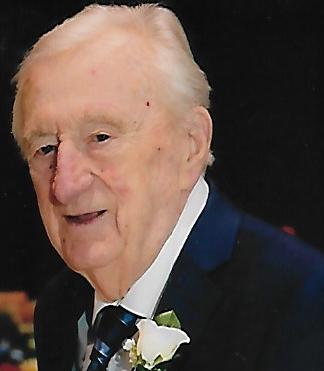 My father is a man like no other. He believed in me, Protected me, Shouted at me, strengthened me; but most of all he loved me unconditionally. There're not enough words to describe what my father meant to me and what an influence he still has on my life. It takes a special man to be a father and a dad.

Today we are here to celebrate a man whose entire life has been dedicated to his family, his country, and to God. A devoted husband to one, a wonderful father to five, a loving grandfather to five, great grandfather to four, and, a leader and influence many. Raymond was extremely blessed with a long and fulfilling life.
To say that I am lucky to be one of his grandchildren is an understatement. It is a blessing that I am truly grateful for and will be for the rest of my life. It is a challenge to speak today, to put into words the many things that I would like to say about him.
Raymond loved to share his life experiences. He had an amazing memory. Ask him anything about his childhood and he would be able to tell each story with the most vivid details. Hearing him talk about the challenges he had to face, growing up in a time of war, losing his father at a relatively young age, having to sacrifice his young adolescence to take care of his mother, siblings and other family affairs. It was like hearing something out of a movie. I asked him once, how did you do it? His answer, “I just had to be brave.”
My grandfather rose to the occasion in the 1940’s as the Second World War was set it motion. He rarely shared much about his military service. He would often try to avoid the discussion with humor saying things like“who names a boat the USS Apple Butter” though it’s not like we all didn’t see through that. He did share once in confidence that when your home is attached and your way of life threatened you don’t have a choice.  It’s a calling you can’t back away from; you must stand up and do the right thing.
Behind every great man is a great woman. My late grandmother Virginia was exactly that. She was his perfect complement; they were always together, always hand in hand. To say that they were teammates is an understatement. I can recall several years back when facing his own emergent health crisis he got down on one knee holding held her hand and told her her he had to go to the hospital. It was by far the best example of unwavering loyalty I have ever witnessed.
Growing up my cousins and I got to spend a lot of time with our grandfather, we would spend several weeks up at their cottage in Port Hope Michigan. I remember so vividly walking out into the water; getting stuck in the mud. Making camp fires at night, making trips into Bad Axe and grindstone for Elias Brother and ice cream. My grandfather loved the water; I don’t ever recall seeing him enter the lake; but he did take full advantage of the calm it offered.
It’s difficult to summarize the will and resolve of a man; specifically a man as dynamic as  Raymond; however, I think Tennyson comes close..
We are not now that strength which in old days moved earth and heaven, that which we are, we are; One equal temper of heroic hearts, Made weak by time and fate, but strong in will. To strive, to seek, to find, and not to yield.

Rick, I am so sorry to hear about the loss of your father. You and your family are in my thoughts and prayers! May God surround you with love, strength and peace during this difficult time.

DAD,
LOVE YOU WITH ALL OUR HEARTS, YOU WILL ALWAYS BE OUR HERO.
BETTY DAVIS AND SHIRLEY TEMPLE

Sending our deepest sympathy for the loss of your father/grandfather. We are sending healing prayers and comforting hugs as you work through your grieving process.
Respectfully,
Ralph and Sandi Jarvis 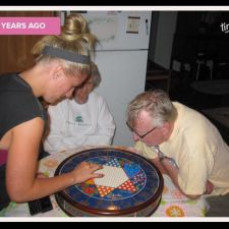 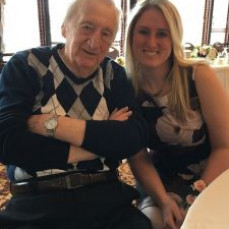 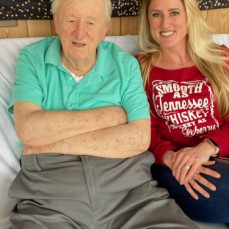 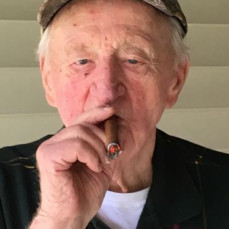 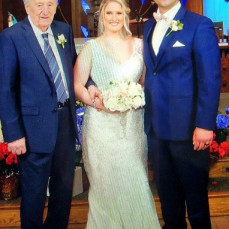 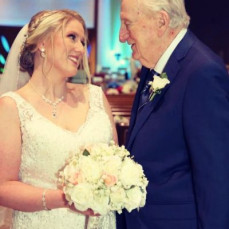 The attached photos are added to the memorial of Raymond S. Oloff to help share their legacy.

Thank you for sharing your memory of Raymond