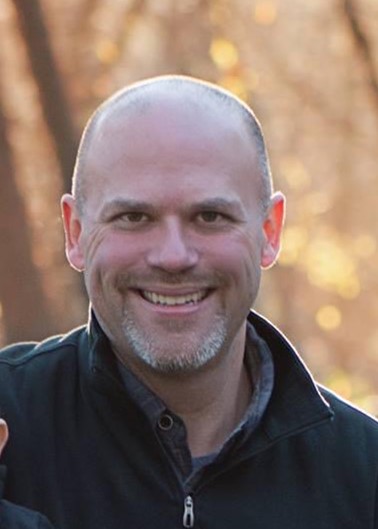 On January 14, 2022, the Vesnaugh family lost a husband, father, son, brother, and nephew. Brian passed at the age of 49 in a tragic snowmobile accident. Brian loved spending time with his family especially with his wife and two sons. He was an avid Spartan football fan and loved being up north boating, skiing, or golfing at Duck Lake where he was a member. He loved cooking and grilling and was always the person to plan the party. He was a jack of all trades and became a tech genius which led him to his love of Amazon. He was a skilled woodworker and was proud of the Irish Pub he built for his dad. So many people gathered at "Ray's Pub" to ring the shot bell, give a toast, and sing a song, a tradition we will carry on. He never hesitated to share his creative talent with everyone.
Brian went to De La Salle Collegiate, Michigan State University, The University of Detroit where he received his Nursing Degree, and received his Masters at Oakland University. Starting at De La Salle he gained friendships that lasted a lifetime as he would gain the brothers he never had. He was given the title of Mayor McCheese and later was called "Bear" while in nursing school. He was known for busting his brothers chops, enjoying a martini, or visiting a casino with them.
Brian was a Nurse Practitioner and was the COO of House call Services LLC where every patient he treated loved him as their own son. He would always bring many treasured gifts home that his patients made for him.
Brian was the loving husband of Christine (nee Bower) and the proud father of Jack and Sam. He was the son of Bernadette and the late Raymond. Brother of Lori (Jim) Bonnell and Julie (Joe) Gerard and brother-in-law of Laura (Brian) May. He was godfather to Paul Walny and RJ Bonnell and uncle of Lucas, RJ, Charlianne, and Madison. Godson of Pat Vesnaugh and the late Carol (Phil) Floyd and nephew of Patrick (Dierdre) Vesnaugh, Elaine Walny, Dr. Lawrence Walny, and the late Thomas (Teresa).

In lieu of flowers please make donations to "Jack & Sam Vesnaugh" for the children's education. [_wp_link_placeholder][email protected] through friends and family or

Donations can be mailed to:

There are no words to tell you the grief I feel over Brian's loss. He's been my N.P. for twelve years. He's taken such good care of me. I've always felt that we were partners in my good health. He was not only my medical source but a very dear and valued friend.
I recently moved and he was looking forward to seeing my new residence. I'm devastated that he never will.
My thoughts and love go out to his family that he loved so dearly.
Janet L. Thomas

Brian took excellent care of my mom and sister it's going to be hard to fill his shoes he went over and beyond. He would come visit and I would always make him drink a bottle of water he would laugh and say this house really keeps me hydrated. So I say to the family I hope you find peace and comfort knowing that Brian was deeply loved by his patients. May God grant you comfort and peace during these times. Love the Turner's

The attached photos are added to the memorial of Brian Vesnaugh to help share their legacy.

Please help memorize Brian Vesnaugh by recording your attendance below.

Thank you for sharing your memory of Brian