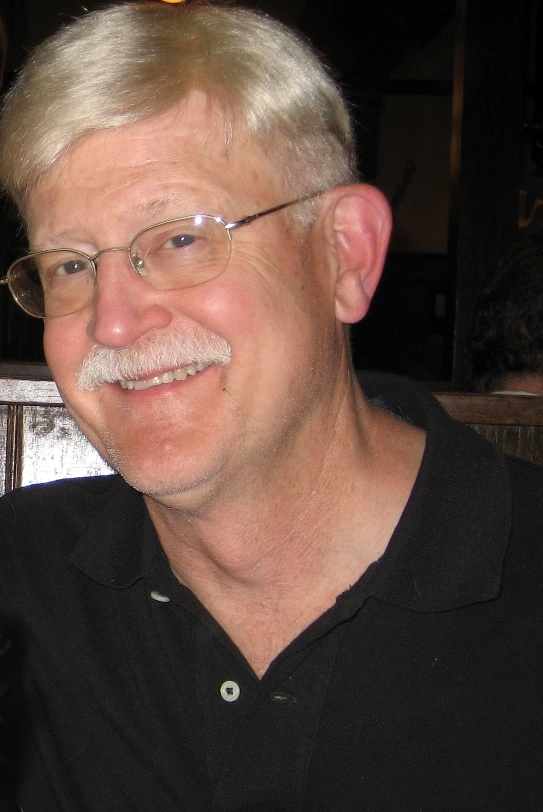 J. Richard (Dick) Dunlap, 74, of Grosse Pointe City, MI passed away January 13, 2022 after bravely fighting pancreatic cancer. He was born October 1, 1947 in Akron, Ohio to Joseph H. and Carol K. Dunlap. He is survived by his wife of almost 50 years, Connie Dunlap.

Also surviving are their three sons and daughters-in-law, Brad (Stephanie Davis) of Evanston, IL; Todd (Molly McKenzie) of Wilmette, IL; and Eric (Katie Cirre) of Raleigh, NC. He is also survived by his nine beloved grandchildren- Will, Abby, Ella, Ben, Jake, Cole, Anna, Nick, and Reagan. He is further survived by a brother, Thomas (Katherine) of Cincinnati, OH and numerous nieces and nephews. His parents and sister, Barbara Dunlap Kamm, predeceased him.

Dick grew up in Toledo, Ohio and graduated from Miami University in 1969 with a B.S. in Biology where he was active in the Phi Gamma Delta Fraternity. He received his Doctor of Dental Surgery from The Ohio State University in 1973. It was there that he met his wife Connie Zimmerman of Defiance, Ohio. They married in 1972 and upon graduation, moved to San Diego, CA where Dick served as a Lieutenant (dentist) in the U.S. Navy. After serving two years in the Navy, Dick moved back to the Midwest where he completed his Masters in Orthodontics from The University of Michigan. He established a solo orthodontic practice on Mack Avenue in Grosse Pointe where he set about working hard to improve the "smiles" of the community. He loved his work, his staff, and his patients and had a genuine interest in their young lives. Dick retired from his practice in 2015.

Dick was very involved in his boys' sports and activities. Many will remember his love of photography, especially sports photography, as he was a fixture at Grosse Pointe South High School games for many years. He truly enjoyed sharing his photos with the players and their families.

Dick had many interests including gardening, golf, watching sports and most recently playing euchre at the Helm. After retiring, he became a Realtor to assist his wife with her real estate career. Above all, he loved and enjoyed his family. He especially loved watching his grandchildren grow and compete in their various sports and activities.
Dick had a caring and gentle spirit, a great sense of humor and was quick to laugh. As his grandchildren will attest, "He brought the fun!"
Dick belonged to Grosse Pointe Memorial Church where he served as a deacon and one of the church photographers. He was also a member of the Men's Club of Grosse Pointe and the Rotary Club of Grosse Pointe.

Dr. Dunlap was my orthodontist in the mid 80's and my daughter in the 2000's. Super dentist and even nicer man! I would see him around Grosse Pointe over the years and he still new my name when I ran into him! I have always received rave reviews on my beautiful teeth and smile and I have Dr. Dunlap to thank for that!! He was the best! Thank you for taking care of my daughter and I! Rest in peace. Traci (Lee) McCray

Bite together- now open. Bite. Tap tap tap. Magnifier up then down. Up and down. Dr Dunlap worked on my hot mess teeth for a very long time. I needed surgery- I was in college and he had to fix a previous problem. He promised me that WE would be all done before I got married. He said WE because we were in it together. He was the most precious soul- kind- strong- and funny. I would never have gotten through my early 20s without him. I'm so sorry for the tremendous loss of this wonderful man. He will forever be in the important memories I store in my heart. Rest In Peace Dr Dunlap.

Dear Connie,
All our sympathy with you. I called up Dr. Maggie (day off from northshore) when I read this -- she still has (and so do I) some of the wonderful photos he took -- whether travel teams in middle school or high school track events and such a boost to her always. So caring and sharing to make his passion for sports and photography a gift to so many young people -- and their families.
All our condolences,
Cathy Collison

Dr. Dunlap was the kindest and most caring man. He was so easy to work with. I enjoyed the days when he would be at the Clarkston office. I looked forward to those days and so did the rest of the staff. He was wonderful with the patients and always had a calm way about him, soft spoken and easy to communicate with. He would always talk about the boys, Brad, Todd and Eric. He was loving husband, father and grandfather. I'm so happy we kept in touch through the years. God bless Connie and the family. He will be greatly missed.

I was so saddened to hear of this and send my deepest condolences to the Dunlaps. I was in braces for ten years, so I spent a lot of time at the office on Mack. Dr. D took such a genuine interest in my young life and I truly watched me grow up - I was only in second grade when I first met him and he took off my braces just before senior prom - his promise to me. I have many fond memories of the little awards he’d give us when we took good care of our teeth, how proud he was when we did well in school, how he was always candid about what would be hard but confident that we could do it. What a loss for your family - thinking of you at this time.

My family and I send our deepest condolences. Dr. Dunlap was a great man and had a huge heart and positive impact on my life. He was such a kind and generous man! He helped my mother afford braces for me at half the cost but to our financial woes. He gave me the ability to smile again with confidence. Not only that, he was always donating things to the Detroit Fire Department (weights and workout equipment). I played HS sports along side his son Eric whom was an incredible athlete. Dr. Dunlap took so many photos of our glory days on the track, court and field and again gave them to me unsolicitedly. It was always nice seeing his him at Pointe Fitness later in life. He was such a kind, gentle, and very philanthropic man and will be missed dearly. Thank you for everything Dr.D. RIP

First an foremost, my sincerest condolences to the family. Dr. D was a great guy who put me in braces as an adult at the age of 35! (He'd be happy to know my teeth are still straight and I still pop in the retainers some 30 years later at his strong recommendation!) His chairside manner was outstanding and he truly cared about all of his patients, his great staff and of course, his family. My thoughts and prayers go out to all who knew him. Mike Patterson

We send our sympathy and condolences to the family of Dick Dunlap. I knew him as one of our students and as a good friend at University of Michigan in the Orthodontic Department.
Dr.and Mrs Edward Kane

Dick was a true gentleman and was so caring about his "kids". I saw him many years after my children were grown and he called out across the room to me...."Tell me she still has that smile!!?' A funny dentist is a unicorn, no?

So sorry to hear about Cuz Dick’s passing. I will always cherish the many family memories and will miss the emails about sports teams. My sincere condolences to Connie and family.

Dear Connie (and the boys), so sorry to hear the news. Dick, Joe Provenzano and I shared wonderful hockey memories at the rinks and traveling with the kids. He will be missed

I am so sorry to learn of Dick’s death. Please accept my very sincere condolences.
RuthBradfield

Dear Connie, Rick and I are devastated about Dick. We’ve know each other for more years than I can remember as well as the kids. It warms my heart to see the boys carry on. The one thing I can say about Dick is that he was the kindest person and of course you all were great neighbors. Our sincere sympathies to you all. Love Rick and Joan Tucker

The attached photos are added to the memorial of J. Richard (Dick) Dunlap, D.D.S., M.S. to help share their legacy.

Thank you for sharing your memory of J.

Help friends and acquaintances of J. leave memories by sharing to Facebook