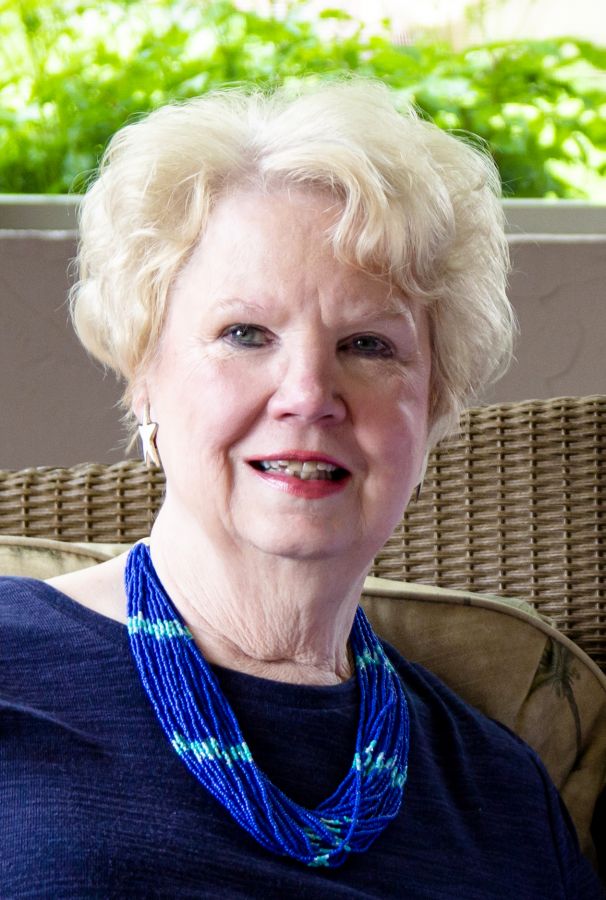 Margaret Elizabeth Hodak (nee Hanley)
LANSING, MI - Margaret (Peggy) Elizabeth Hodak, 79, passed away surrounded by family on November 16, 2021. Peggy was born January 20, 1942 in Detroit,
Michigan to Edward (Ted) and Ella Hanley. The third of three children, Peggy graduated from Denby High School in Detroit in 1960. She attended Wayne State University,
and had a passion for writing and journalism. But her true passion was family. She married her high school sweetheart, Gerald (Jerry) Hodak in June of 1963. They moved to Orlando, Florida where he took a job as a reporter for WDBO-TV. A year later, they welcomed their first daughter Ann. Peggy was a proud stay-at-home mother. After two years, Jerry accepted a position back home in Detroit with WJBK-TV where they would welcome daughters Mary Grace and Jayne. Peggy was an active volunteer serving as President of her local chapter of the League of Women Voters, and pushed for the Equal
Rights Amendment. She was the biggest cheerleader for her husband and three daughters. After Jerry's retirement from WXYZ-TV in Detroit, they moved from Grosse Pointe Farms to East Lansing to be close to their daughters and 5 grandsons, whom she adored. Peggy was a Spartan fan for many years, attending home football games and cheering on the basketball and volleyball teams. She volunteered her time with Adoption Associates, the agency that helped bring her two youngest grandsons into the family. She was supportive of efforts at MSU to research and provide resources to people living with autism. Peggy was a caring mother, a loyal friend, and the wind beneath her husband Jerry's wings. She will be greatly missed by all who knew and loved her. Peggy is survived by her husband Jerry, her three daughters, Ann Emmerich (Tom), Mary Grace Hodak, Jayne Hodak Soboleski (Mike); five grandsons, Edward, Daniel, Tommy (Patrice), Charley, and Matthew; her brother Bill Hanley (Helen), nephews Jim (Melissa) Hiner, Bill Hanley, and Stacey Gunderson (John). Peggy was predeceased by her namesake niece
Peggy Hiner, sister Ann (Bill) Hiner, and brother-in-law Bill Hiner.

Memorial Gathering Monday, November 22, 2021 3-7pm at Chas. Verheyden, Inc., 16300 Mack Ave., Grosse Pointe Park, MI 48230. Funeral Tuesday, November 23, 2021 instate at 9:30am followed by a Memorial Mass at 10am at St. Paul on the Lake Catholic Church, 157 Lake Shore Road, Grosse Pointe Farms, MI 48236. In lieu of flowers, memorial contributions in Peggy's name can be made to your local Salvation Army or The Capuchin Soup Kitchen, https://www.cskdetroit.org.

A true woman among women. A part of our family from day one, always welcoming, always kind and gracious, her presence lit up a room! She is the champagne toast at every gathering - so, here’s to you Mrs. Hodak, may your perpetual light shine eternal. Blessings and thoughts to the family & friends of all who know Mrs. Hodak.

I’m very sad to hear this news. What a lovely soul…a lovely family… and a well-lived life. I hope the memories made will offer some peace and comfort to all that know and loved her. My deepest condolences to Jerry and all of the Hodak familyZ

Saddened to hear of Peggy's passing. I have such nice memories of our friendship since high school and beyond. Sending condolences to Jerry and the Hanley/Hodak family.

So saddened about this heartbreaking loss… and thinking about you Jerry …and Jayne, Ann … the entire family… the grandchildren … I know Peggy so loved all of you …she was so very kind and caring…and supportive of each of you. I’m sending love to all of you and prayers…knowing Peggy will live on in each of you and will be thought of and remembered with so much love…always…..

Am so saddened to hear of Peggy's passing. I am spending time in my mind of beautiful memories of our many shared younger years. Love to you Jerry and your most beautiful family.

On behalf of the Capuchin brothers I offer my deepest sympathies on the passing of Margaret. It is truly humbling to receive memorial donations in honor of her life. Please be assured of the brother's prayers for the entire Hodak family during this great time of grief. I have placed Margaret's name at the tomb of Blessed Solanus Casey. May perpetual light shine upon Margaret.

I have so many wonderful childhood memories in grade school and high school. Norm and I have many, many fun memories over more than 50 years

She was the best - mom, friend, confidant and just being Irish. Peggy made us feel that everything was going to be ok and it she was always right. Joining my own Mom in heaven my heart is heavy as I will miss them both everyday, but I am glad they are there for each other.

The services for Margaret have not yet been added. Please sign up below to be notified when the services are ready.

The attached photos are added to the memorial of Margaret Elizabeth Hodak to help share their legacy.

Thank you for sharing your memory of Margaret