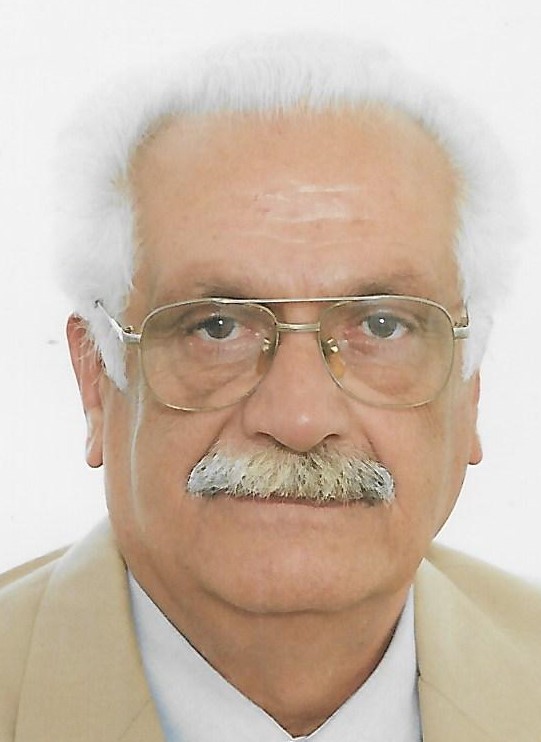 Psalm 23:4. Even though I walk through the valley of the shadow of death, I fear no evil, for You are with me; Your rod and Your staff, they comfort me.

Having fulfilled his religious duties and fallen asleep in hope of the Glorious Resurrection, the family of Michel Elias Aouad announces with great sadness his passing on October 15, 2021, at the age of 86.

Michel, son of Elias Menhem Aouad and Saide Semaan Daou, was born on May 15, 1935 in his beloved Village of Ballouneh, Keserwan, Mount Lebanon Governate, Lebanon.

Michel will be lovingly remembered by his wife of 57 years, Claire Khalil Arida, and his children, Najat (Michael), Elias, Menhem (Lisa), Marwan (Gina), and Rita. Michel will be fondly remembered by his ten grandchildren, Anthony (Rebecca), Adam (Mary), Noah, Anna, Holly, Jonah, Roman, Helen, Juliette, and Michael. Michel is survived by his brother Simon (Almaz); by his nieces and nephews, Tony (Liliane), Francois, Jean (Marie), and Christine (George); Nicole, Bernadette (Elie), and Tony; and Joumana, Dolly, and Rommel; and his extended family in the US and abroad: Arida, Issa, Haddad, Copti, Nachef, Daou, Yazbek, Salameh, Assaf, Andraos, Kalil, Hojnoski, and Romaya. Michel was predeceased by his siblings: Clemence, Juliette, Linda (the late Halim Kabban), and Joseph (the late Nawal Salameh).

Michel traveled the world starting with Kuwait in 1955 before settling in Monrovia, Liberia where he established many businesses. He married his beloved Claire in 1964. After spending a good portion of his life in Liberia, Michel repatriated to his beloved Lebanon with his family in 1974, only to emigrate again to the USA in 1987. Michel was a loving husband and a dear father having survived many adversities and sacrifices to secure a better life and future for his family.

Michel will be in repose on October 19, 2021 at Saint Sharbel Maronite Catholic Church, 43888 Hayes Road, Clinton Township, Michigan, 48038. Visitation starts at 9:30 to 11:00 AM, followed by Funeral Service at 11:00 AM. Chorbishop Alfred Badawi officiating. Michel will be interned in the family plot at Resurrection Cemetery, 18201 Clinton River Road, Clinton Township, Michigan, 48038. Those who so desire, may make memorial donations in memory of Michel Aouad to Saint Sharbel Maronite Catholic Church Building Fund.

I will miss you a lot Jido. You always made me smile when I saw you. I love you.

Thank you for always telling us stories and making us smile. My childhood would have been very different without you in it. I miss you already

Going to miss you a lot Jido. You always had the best stories and constantly spreading happiness everywhere you went. I love you

We are very sorry to hear the sad news about A3mo Michel. May his soul rest in peace. You are in our prayers through this sad times. 🙏 We are here for you and the entire family. Condolences to your mom. 💗 Shemmai family

The attached photos are added to the memorial of Michel Elias Aouad to help share their legacy.

Thank you for sharing your memory of Michel