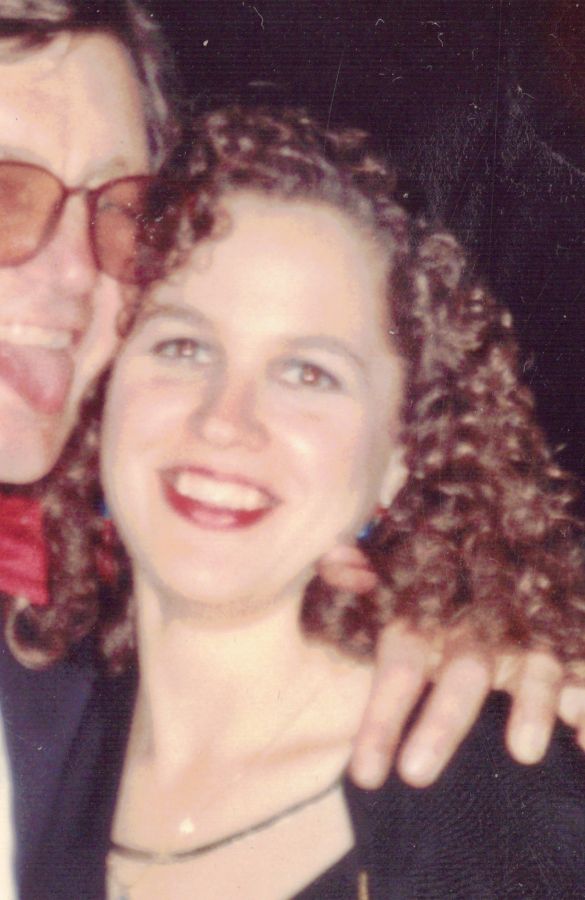 She was born to loving parents David and Gloria Biggs in Flint Township. Graduated from Alma College, then Wayne State Law School. She married Doug Hamel, another lawyer. She has two surviving Children Adrianne Hamel and Kurt Hamel, who she was a loving mother to. Doug passed away in December of 2016.

She loved to read, garden, and cook. She was a hard working practicing attorney who mainly did family law. She was a member of the Detroit Area Book Club with many of her friends.

i hadn't seen sarah in awhile and i was saddened to find out that she passed. she was an excellent attorney and always a pleasure to see in my courtroom. i miss doug, going back to the days of lawyer's league softball. after the softball days, we would find ourselves out somewhere at some political event and sneak to the back of the room with our cocktails and swap stories and share some laughs. great picture of the two of them here. they will both be greatly missed.

What a beautiful, kind, and loving lady. I am so very sadden to hear of Saran's passing. May she rest in peace. My condolences to Doug and his family. You are in my thoughts and prayers.
Warmest regards,
Annette Berry

7.3.21 I met Sarah in 2017. She contacted my neighborhood association to take a tour of the Historic Boston Edison District in Detroit. Her daughter, Addy, was taking an architecture class at Grosse Pointe South. The class wanted a take a tour of the 100-year old homes and mansion in Boston Edison. I was impressed! When I attended a public high school a bazillion years ago, they didn’t even teach us how to spell architecture, let alone, study it!
We arranged a date for the tour, and I met Sarah, Addy, Kurt, and a dozen students from the class. Afterward, we went to the Traffic Jam and had lunch. I had this funny feeling that I should ask Sarah if she liked to read books. I remember when I asked her, Addy laughed out loud. Sarah looked at me with a jaundiced eye and said, “I like well-written books”. That was an understatement! I asked if she was interested in joining our book club. She asked me if any of the books we read had half-naked damsels in distress or Fabio on the cover. She was happy to hear, we did not read Romance Novels or Chick-Lit. Addy highly supported the idea and we made plans for her to attend our next meeting.
At that meeting, we read "News of the World" by Paulette Jiles. Everyone loved the book. Sarah made neutral but inciteful comments. It only took her one meeting to start telling us how she really felt. She never shied away from slicing and dicing any author’s writing style, narrative, characters, or plots. She read more books than anyone I’d ever met. She was a frequent contributor to the online site that critiqued books, called Good Reads. Here is a part of one of her reviews:
Park Avenue Summer by Renee Rosen. Sarah's review: 2 stars. It was ok.
“Schmaltzy claptrap. Ali, our heroine, moves to NY in 1965 and takes a job as Helen Gurley Brown's secretary. Brown is going to remake the stodgy Cosmopolitan magazine for “her girls”. Sorry, every time she said, “her girls”, I thought she was referring to “her boobs”. I can see why this book wasn't published until after her death.”
Sarah even hosted our favorite writer, Michael Zadoorian, when he came to her house and spoke about his newest novel. I was pleased that everyone in our book club embraced Sarah. We all admired her intelligence, sense of adventure, and big heart. It made me proud to hear that my other friends were meeting her for coffee, for bike rides on Belle Isle, tours, book lectures, plays, and even paddleboarding on the Detroit River.
Sarah was very generous. I have been volunteering at Freedom House Detroit for decades. I told her about helping people from around the world that came to America seeking asylum. She donated money to support a West African friend who needed a prosthetic leg. She donated furniture and clothes to families that were starting out after years of waiting for citizenship. Sarah brought both Kurt & Addy to eat at our friend’s East African Restaurant in Detroit, The Baobab Fare on Woodward.
Two years ago, I saw another side of Sarah. I was driving a friend to work. We were sitting on I94 waiting for construction to clear. Suddenly, my SUV was hit from behind. My friend and I were fine but saw the other driver run up the embankment and disappear. I later found out the car that hit me was leased by a company whose insurance lapsed the day before. I called Sarah to help me figure out what to do next. It took 4 months of us making copies, sending registered letters, and filing and re-filing papers until I finally got a court date. I never would have found my way through the maze of 36th District Court without Sarah’s guidance. She was even kind enough to go with me on my court date. She wouldn’t let me pay her but said I could take her to lunch at her favorite restaurant in Greek Town, the Golden Fleece.
I had never sued anyone before. I was out $1200, and it didn’t look good that I would get it back. After a few minutes of Sarah watching the judge, she whispered that she didn’t have much experience. She kept leaving the courtroom to go look up information on her computer. Sarah was not impressed. I was nervous when my case was finally called. The judge believed the plaintiff, that someone had stolen his leased car, and he was not responsible for my repair bills. I am Italian and had to tamper back my desire to start plotting revenge for the jerk. The plaintiff asked to speak. He said I seemed like a nice person, and he felt sorry for my troubles. He wanted to give me $500 in cash to help pay my bills. I was angry that he would get off so cheap and yelled, “NO, I want the full amount - $1200!” The packed courtroom was silent, until I hear a woman’s voice from the back yell, “TAKE THE MONEY! TAKE THE MONEY!” It was Sarah. I took the money.
We will all miss our wonderful friend, Sarah, who we loved very much. She was a real firecracker.

There aren't enough words to describe Sarah. Most of all she was a loving wife and mother to two beautiful children. She was brave and smart and always caring and helpful. I will miss her more than anyone knows. Sending my love to Kurt and Addy.

Sarah was such a good non judgmental person who will be missed and remembered as such . Always ready to step up to help and or defend anyone through out her life who reached out to her.
I would ask Sarah on numerous occasions to borrow a book and let her pick the book title and author of her choice. You never knew what to expect and many times took me down rabbit holes I would never have experienced. She was a warm engaging thought provoking woman and friend and we will miss her very much.
My heart goes out to Kurt and Addy who are in our thoughts and prayers going through this difficult time.

So sadden to learn of Sarah’s passing. She was always so full of life. Smart and inspiring lady, she will be missed. Rest In Peace

I am so deeply shocked and sadden to hear of Sarah’s passing. Though many years have passed, she—and Doug—had a significant impact on my life that I’m not sure either ever realized. Sarah took me under her wing and taught me how to be a good mother, employee, and friend. She was inspiring and insightful, and I learned lifelong lessons from her. My heart aches for Kurt and Addy, please know that you are in my family’s prayers. May she Rest In Peace.

Stunned and saddened to hear of Sarah’s passing. Such a smart, funny, cool person. We had a misdemeanor trial in ‘93 in 36D when we were both barely out of law school. In the years that followed, I was always so glad to see her in Frank Murphy. Fare thee well, Sarah!

The attached photos are added to the memorial of Sarah Jo Biggs to help share their legacy.

Thank you for sharing your memory of Sarah