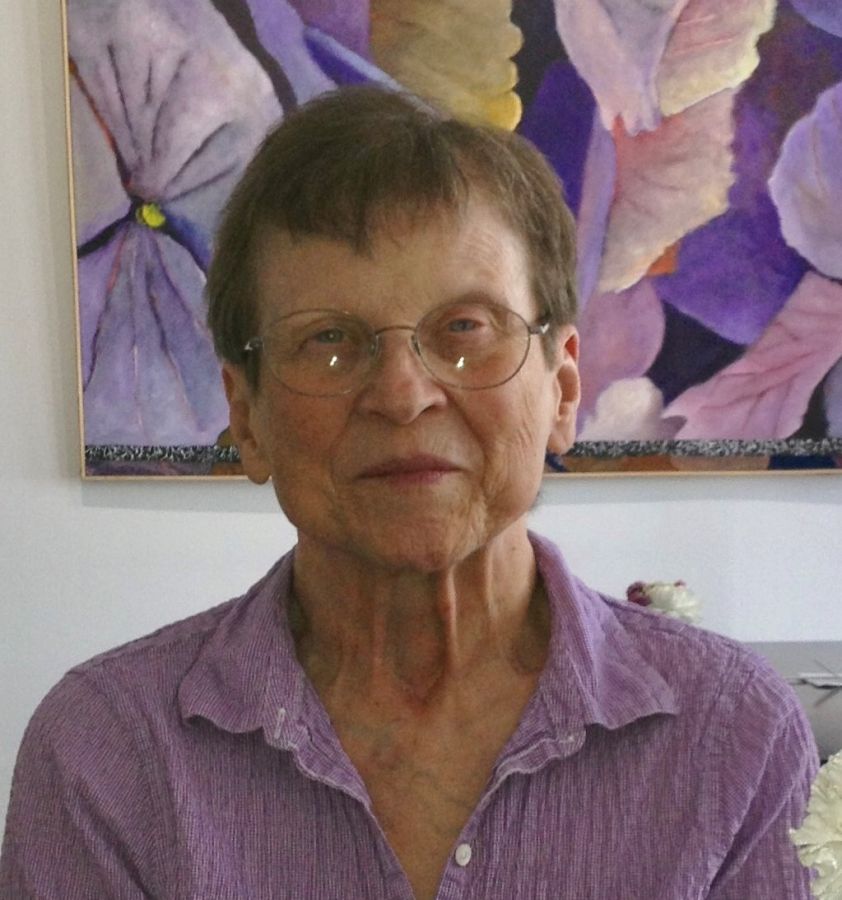 Janet Louise Langlois, beloved wife, mother, stepmother, sister, storyteller, and lifelong educator, moved on to other worlds on Saturday, May 22nd, transcending her illness, at the age of 75. She was born in Milwaukee, Wisconsin, oldest child to James M. Langlois and Marjorie A. Langlois (née Masters). While she spent parts of her childhood in Wisconsin and Kansas, she was a Colorado gal at heart.

Janet earned a BA in English Language and Literature from Colorado State University, a Masters in Library Science from Columbia University, and a PhD in Folklore Studies from Indiana University. She worked briefly as a children's librarian in the New York Public Library system, before finding her calling in teaching. Janet was a professor of English and Folklore Studies at Wayne State University for 38 years. She was known by students for her contagious enthusiasm and the engrossing nature of her class discussions. During her tenure, remarkably, she was a two-time recipient of the University President's Award for Excellence in Teaching. This year, Janet was honored to receive the Linda Dégh Lifetime Achievement Award in Legend Studies for her significant contributions to the field, spanning several decades. Her latest focus was researching and writing on near death experiences, deathbed visions, and after-life visitations. Janet's commitment to this project continued, even in her final days, and her book is expected to be published posthumously.

Janet's kind, gregarious nature allowed her to build strong, meaningful friendships throughout her life. Her family wishes to recognize the extraordinary kindness and generosity of neighbors and friends, who have offered vital and heartfelt support, especially during the unique challenges of the past year. Many thanks for all the love and care!

Plans for a celebration of Janet's life are in progress... Please share your memories with the family at www.verheyden.org.


In lieu of flowers, donations to the Breast Cancer Research Foundation can be made in Janet's honor, through the following link: https://give.bcrf.org/janet-langlois

She always tried to help me out whether I was her employee at the WSUFA, or after I left there seeking employment elsewhere.

Janet was my big sister, yes, but also one of my favorite people. How is one both the sweetest of persons, yet the toughest of scholars? How can one be so ill and yet so engaged and generous? I am humbled by her.

Saddened to learn of the passing of Prof. Janet Langlois. I took her class Women in Folklore back in the late 1970s and loved it with the reading of such wonderful novels and short stories; they have stuck with me ever since! We crossed paths every so often back then...a Tigers game, a neighborhood meeting, the Cadiuex Cafe come to mind...it was always nice to chat about Detroit urban legends and other interesting topics. She always asked about my job and family. Although I hadn't seen Janet in many many years, I have never forgotten her enthusiasm and passion for folklore and storytelling and for her students! She was one of a handful of my WSU profs that made the daily classes and classwork so interesting and fun that I still lean towards learning more about topics I learned in their classes. Thank you, Dr. Langlois! God bless you and keep you. Condolences to Dr. DiTommaso (whose Italian classes I had also taken) and your family.

There are so many memories of Janet to share but the first that comes to mind is having a cuppa, as we called it, of tea or her beloved cappuccino and settling in for a long talk. She loved to talk and was a wonderful story teller. She was brilliant and funny and wry and our time together will always be treasured memories for me.

The services for Janet have not yet been added. Please sign up below to be notified when the services are ready.

The attached photos are added to the memorial of Janet Louise Langlois to help share their legacy.

Thank you for sharing your memory of Janet