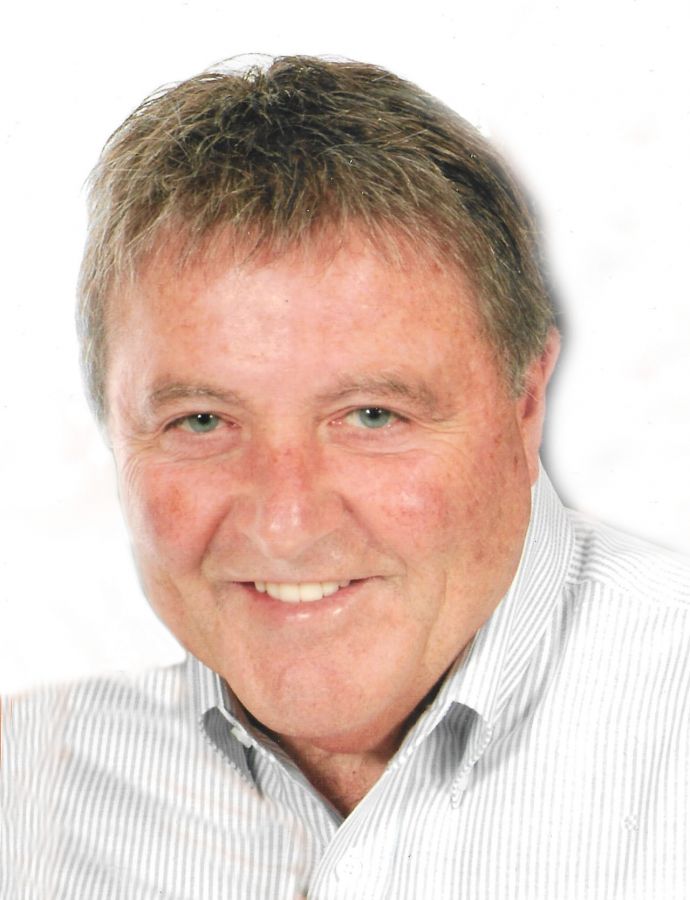 Born in Detroit, Michigan to S. Wallace and Jessie Munn Harper (nee Campbell). Lived in Detroit until junior high school and then lived in the Grosse Pointes the rest of his life. He was a 1957 graduate of Grosse Pointe High School, now called Grosse Pointe South. In high school he was a letterman in many sports, his favorites being football and baseball.

After high school he apprenticed as a pattern maker in the family business, Majestic Pattern Company in Detroit. He became owner and CEO and retired at age 70 after 52 years in the business. In 1996, Wally was honored and named to "Who's Who Among Outstanding Business Executives".

When not working, Wally loved playing sports and watching his local teams. No matter how they played he was loyal to the Tigers, the Lions, the Red Wings, the Pistons and the Michigan Wolverines. One of them was always on television in his home. He was an avid golfer and a bowler that carried a 199 average. A member of Burning Tree Golf and Country Club since 1980, it was his favorite place to be with his wife, Suzie, and many friends. Wally loved playing in the men's association and in tournaments. His favorite was the Men's Invitational, which he had won several times. Wally had three hole-in-ones at Burning Tree!

For years the Harper family was involved in offshore boating out of St. Clair Shores and around the country. He raced with his father and brother, Ron, on their family fast boats: Lil' Smidgen and Smidgen Too. Wally also raced on the Maverick and Ship On It with friends. Being on the water whether racing, fishing or for pleasure was a favorite pastime.

Wally and Suzie loved to travel. They've taken 40 cruises and have journeyed throughout Europe, the States and the Carribean. They particularly loved Italy, going there many times, and New York City where they took in frequent Broadway shows.

Another "hobby" of Wally's was going to the casinos. He was particularly proud of his seven black jack trophies, which he won on cruise ships. Together he and Suzie loved going to MGM to play slots where Wally was consistently "lucky".

Wally was also enamored of new cars, whether it was his 1957 Corvette to his latest Cadillac. He immediately had it pinstriped to include his initials and added personalized license plates.

Beginning with the news of being approved for their first mortgage in 1979, they happened to be dining at National Coney Island restaurant. Ever since, Wally insisted on celebrating at National for every personal victory whether for himself or for family.

Wally will be deeply missed by all who knew him.

In lieu of flowers, memorial contributions can be made to Solanus Casey Center, 1780 Mount Elliott Street, Detroit, MI 48207 or online at https://www.solanuscenter.org/ways-to-help/donations

Suzie- I am so sorry to hear of Wally's passing. He was a fixture around Burning Tree loved and respected by all who came into contact with him. I was especially happy to golf with him in the men's association. A round with Wally was always full of fun and laughter. Our best to you and the family at this time of great sorrow. God Bless
Ken and Julie Howe

Suzanne - I am so sorry about your loss. Wally was a tremendous difference maker for so many people. He was always a gracious host at our staff parties at your house back in the day. His laugh, smile and love for you were things that we all learned lessons from. Please know that Wally, you and your family are in my thoughts and prayers. God Bless!

Dear Sue I would like you to know how sorry I am to know of Wally’s passing.We were the best of friends from the 8th grade on. We were on the champion little league baseball team together and all the high school teams. We both came from Detroit at the same time and met at the GPP Park along with Chippy Burne and Bill Lewis. We had our problems for a while but finally managed to fit in. I think it was Wally’s good looks that got us in the GP group.
Wally is gone but will not be forgotten.
Ken Gutow

Dear Suzie❤️
There are no words to express our sadness at your loss. Wally was a wonderful friend. We will fondly remember the many golfing outings and especially the great time we all had in Las Vegas. Memories are special gifts we have to keep our loved ones in our heart. We know you have countless memories of the wonderful life you and Wally shared. He is under God’s wings but will always be watching over you.
Ken & Joanne Labrecque

Suzie, on behalf of Linda and me, you have our deepest condolences. Wally will always be remembered as a gracious and thoughtful friend. We have enjoyed so many great times with you and Wally including our trip to New York and all of the golfing at Burning Tree. Wally will especially be remembered for his competitiveness in sports and his love for the Michigan Wolverines. Go Blue my friend!
Love, Tom & Linda Gough

The attached photos are added to the memorial of Wallace G. Harper to help share their legacy.

Thank you for sharing your memory of Wallace