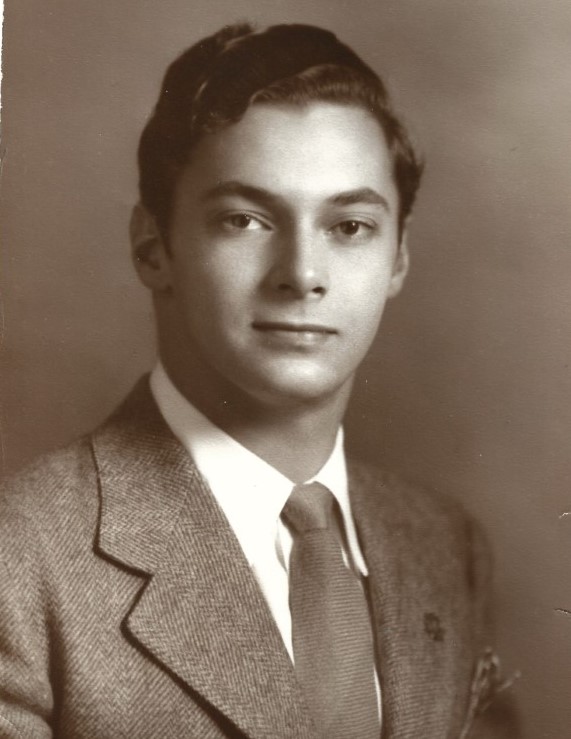 He spent his youth in the "Little Venice" area of Detroit, moving to Grosse Pointe Park during his teen years and spent his summers on Harsen's Island, Michigan. He attended the fourth grade in the small school building (now a restaurant) on the island.

He graduated from Grosse Pointe High School (now Grosse Pointe South High) in January 1949 and in 1955 from Lawrence Institute of Technology in Highland Park, Michigan where he received a Bachelor of Science in Industrial Management and studied mechanical engineering.

Theron started working at 13 in a coal yard. At age 14 he got a special driver's license, because he was the "man of the house" while his father was away on the lake freighters throughout most of the year. He was a lifeguard, swim and dive instructor at Grosse Pointe Yacht Club, Grosse Pointe Hunt Club, and American Turners of Detroit (Turnverein). He worked at Steel Door Corporation of Pontiac, Michigan, Ford Motor Company, Research to Reality (inventor), Uniroyal Tire Company, and owned a Ford Tractor and Implement division in Lapeer, Michigan.

Theron enjoyed tinkering and building or repairing anything mechanical, automotive or marine. He was an avid swimmer, ice skater, and boater, especially sailing and small outboards. Some of you will understand it when we say he was a Harsen's Island river rat. He was such an accomplished ice-skater that he was asked to join the Ice Capades to travel the country in their shows (his mother convinced him not to). He was a well-known diver and received many medals. At 16 he built a 12 foot sailboat that he helped design, making the rigging and sewing one of the sails. He designed a hydroplane boat and made racing propellors. He could build or repair anything. He "souped" up many cars and outboard motors and experimented with building injection systems, exhaust extensions, dual carburetors (before it was a thing). Theron could completely overhaul a car (or lawn mower, or any engine) from top to bottom, including the paint and bump work. He built a house and several garages. He could repair anything from a clock to a microwave, from a washer or an antique automobile engine, often building his own parts. Theron loved to read and keep up with current events. He and Jeanette were longtime Cadillac LaSalle Club members and enjoyed the camaraderie of fellow antique car enthusiasts.

He is survived by his daughters Celia Baganz and Dina Keeler, four grandchildren, Kristen, Steven, Marla, and Jeanette and one great grandchild, Dante.

In lieu of flowers, memorial contributions can be made to Hillsdale College, Hillsdale, Michigan, Hillsdale.edu

The services for Theron have not yet been added. Please sign up below to be notified when the services are ready.

The attached photos are added to the memorial of Theron Curtis Baganz to help share their legacy.

Thank you for sharing your memory of Theron