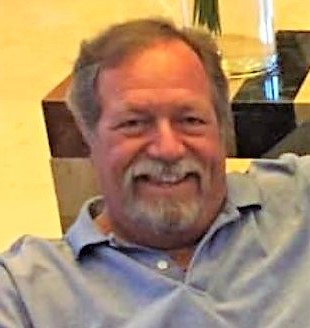 John S. Koerber Jr., age 74, passed away on Friday, March 26, 2021 at Ascension St. John Hospital in Detroit, Michigan. He was born on July 18, 1946 in Detroit, Michigan to the late Dr. John S. and the late Virginia (nee: Gouin) Koerber.
John, more affectionately known as Jack, graduated from Assumption College Catholic High School in Windsor, Ontario. He then earned certification as a dental lab technician. For Jack, the dental business had always been his passion. From owning his own lab, Koerber Dental Laboratory (started in his parent's basement with a lifelong friend) to becoming part of Olson Dental Laboratory, he stayed in the business he loved for 50 years. He worked with a multitude of dentist offices in the metro Detroit area including his fathers and his two brothers-in-law.
He was a man of quick wit and had a great ability to remember trivia. All who knew him would agree one of his most outstanding qualities was his sense of humor. Jack did enjoy life! He had a love of all sports. Whether it be playing golf with his buddies and family or playing cards of any kind. The Red Wings were one of his favorites along with his Michigan Wolverines. Cooking and barbecuing were some of his hobbies that all who knew him reaped the benefit of.
Jack met the love of his life, Carol, and they were blessed with 30 years together. They had a cottage in Belle River, Canada that gave them years of enjoyment. Jack was a devoted family man who cherished time with loved ones. The loss of his son John left a void in Jack's heart, but the pride he had for his twin granddaughters Andrea and Lauren was enough to light the world. His great-granddaughters Jo and Ellie could always make his face explode with the biggest smile!
The many friendships he made during his life's walk included a group of individuals from Assumption in Windsor where he attended high school. These friendships lasted through the years and when help was needed whether it be a ride to dialysis or just a cheer up these friends from old were there to help. People caring for people was who Jack was and so were his circle of life friends.
The family would like to thank the nurses and doctors at both DaVita and Ascension who cared for (and had some laughs with) Jack through the long years of struggle. Their kindness and caring along with Jack's optimistic attitude and humor helped make the most difficult times a little easier. Every day came with challenges and opportunities that he and Carol faced with as much optimism that they could with the help of their faith and love and those around them that cared.
Jack was the loving husband of Carol for 30 blissful years. Beloved father of Kristi Koerber and the late John S. Koerber, III. Dear Grandpa Jack to Andrea (Paige) Koerber and Lauren (Todd) Harrington and Great Grandpa to Josephine "Jo" Koerber and Eleanor "Ellie" Harrington. Cherished little brother of Karen (Stephen) Kinsley. Beloved Uncle to Stephen Kinsley, Daniel Kinsley, Kelly Jennings, and Vicky (nee: Jennings) Stinson.
A Memorial Mass will be celebrated on Friday, April 23, 2021 at 10 am at St. Paul on the Lake Catholic Church, 157 Lake Shore Road, Grosse Pointe Farms, MI 48236. Inurnment will follow Mass in the St. Paul Columbarium. A recording of the Funeral will be uploaded after the Mass.
In lieu of flowers, memorial contributions can be made in Jack's name to Paw's with a Cause, 4646 South Division, Wayland, MI 49348 or to the Capuchin's, 1820 Mt. Elliott St., Detroit, MI 48207.

If I can't be at St. Paul's in person to share in the celebration of Jack's life, know that I'll be there in spirit. Loved Jack's wit and pray God comforts all his friends and family, but especially you Carol.

On behalf of the Capuchin brothers I offer my deepest sympathies on the passing of John. It is truly humbling to receive memorial donations in honor of John's life. Please be assured of the brother's prayers for the entire Koerber family during this great time of grief. May perpetual light shine upon John.

We all grew up together on St. Clair. So many good memories of fun times together. So sorry for your loss. RIP

The attached photos are added to the memorial of John "Jack" Koerber, Jr. to help share their legacy.