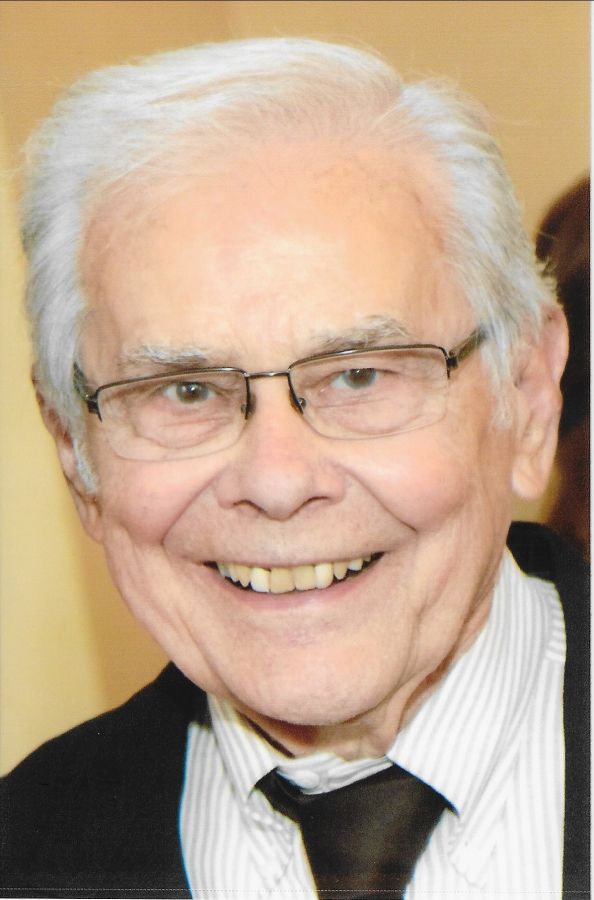 Sam was born and raised in Detroit. He graduated from Cass Tech High School in 1949. After High School, he attended Lawrence Technological University where he received his Bachelor's in Electrical Engineering in June of 1955.

In 1955, just after graduating from University, Sam was drafted into the Army as an engineer. He spent time in White Sands, New Mexico; and Okinawa until the Korean Cease Fire. He was discharged from the service in November of 1957.

When he returned home to Detroit, he began working on the Board of Education for the Detroit Public School Systems.

Sam originally met his wife, Mary, through his family in 1972 while she was working on a campaign. The couple was reintroduced in 1974 and married in 1993. Sam bought an old RV so they could travel through national parks, out West, and Up North.

Sam enjoyed going skiing with friends up at Boyne Falls. He was also very dedicated to finding information about his family history. There were even times he would travel to Washington in order to obtain documents.

He also traveled to Yugoslavia multiple times to visit the village where his parents grew up.

Sam was the youngest child and always had a very curious mind. He was a collector; his favorite collection was his mechanical pencils. As a child, he kept a shoebox full of tools. He was always a tinkerer and continued that through adulthood. At the hardware store, Sam resembled a kid in the candy shop. He would tell everyone his religion was at the Sears Surplus Store.

Sam had a good mind and a kind heart. No one ever had a bad word to say about him. He will be missed dearly by all who knew him.

Sam was the loving husband of Mary E. Pfeiler. Dear uncle of Dan, Kathryn, Danica, Janet, Linda, and Nada. He is also survived by many great-nieces and great-nephews, as well as Kuma Joan Kostich and several godchildren. He was predeceased by his siblings Margaret, Milorad, and Walter, as well as his niece Marcia.

There are no words to truly say how much you meant to me. I will miss your smile, your sense of humor but mostly your kind and generous spirit. I was the lucky one to have you as my uncle. I have so many memories that will keep you with me in the days ahead. I love you and will miss you.
Love,
Janet

Sam was one of the most kind hearted, generous, and patient individuals I ever met.
Driving us up north to the farm house to ski, make repairs, or simply to goof around were highlights in my life I continue to enjoy today.
So fortunate to have know such a wonderful man.
RIP Sam
Marc Cherveny

VjecnaJa Pamjat my Dear Uncle. You were such a great part of my life, you will never be forgotten.
Kathy Radulovich
Family

Thank you for being the most loving and wonderful Uncle I could have ever hoped for. Your shoes are so big they can never be filled. You will be missed by all of us but your memories that you leave us with will be cherished by us for the rest of our lives.

The attached photos are added to the memorial of Samuel Radulovich to help share their legacy.

Please help memorize Samuel Radulovich by recording your attendance below.

Thank you for sharing your memory of Samuel