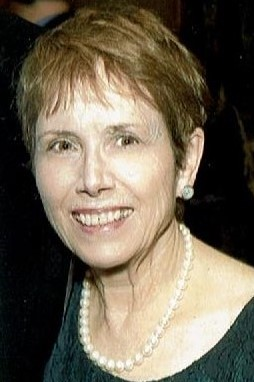 Linda Kathleen von Schwarz (nee: Griffis), age 72, passed away on Sunday, February 14, 2021 surrounded by her family at her home in Grosse Pointe Farms, Michigan. She was born on May 19, 1948 in Lincoln, Nebraska to the late Thomas Arthur and the late Adahbelle (nee: Snodgrass) Griffis.

Linda, more affectionately known as Kathie, was raised with her sister Roslynn in an actively religious family. As a child, she was encouraged to read and experience other educational opportunities which she enjoyed.

From a young age, Kathie was inclined to music and received her musical talent from her father. During college, she learned how to play multiple instruments, although she primarily played the piano and violin. She attended many symphony concerts, national geographic films, and musicals.  Kathie loved to dance, was an exceptional student and strived to do things correctly. She was a creative person in all aspects of her life.


After she graduated from Southeast High School in Lincoln, Nebraska her sense of adventure took off. She attended Colorado Women's College, Ottawa University, Wesleyan University, University of Nebraska, Wayne State University as well as a year at the New England Conservatory of Music in Boston, MA.

Kathie earned her undergraduate degree in Music and Education. She then went on to receive a Master's Degree in Music.

After studying at Wayne State University, she moved to Grosse Pointe Farms. It was here that she met Jeff while playing violin in the Scandinavian Orchestra. The couple married in 1981 and she helped raise Laura and Sean sharing in all their successes and life challenges. She eventually became a grandmother and enjoyed spending time with her grandchildren.

Kathie was very sociable and was part of many clubs and organizations. She placed high importance on keeping in contact with family and friends from early childhood throughout her life. Most notably, she was a member of the Mu Phi Epsilon, Alpha Delta Kappa, for whom she served as local President and served a term as State Chaplain. She also volunteered at the Lakehouse and Gilda's Club.

Kathie taught elementary school at Cathedral School in Detroit and then went on to teach elementary music in L'Anse Creuse Public Schools.

She and Jeff enjoyed theater and going to concerts. The couple especially loved the DSO, Detroit Opera, GP Theater Productions, and were active members of the Fine Arts Society of Detroit.

Kathie and her husband were long time and very active members of Christ Church, Grosse Pointe. She sang in the Chorale and served on various committees and outreach groups at the Church including founding the Cancer Connects Ministry. Her love of children extended to her life at CCGP where she was a Sunday School teacher and an active supporter of the partnership with the Church of the Messiah, Detroit where she helped many youth receive scholarships to study music.

A memorial service will be held at a later date due to the COVID 19 Pandemic.

Kathie drummed with our Lake House drum circle, and she was a JOY to have whenever she and her "bestie" joined us to drum :) She invited me to bring drums & facilitate a drum circle at one of her monthly Cancer Care meetings at Christ Church, which I did one winter. I enjoyed being with the group and drumming with them all:) It is a treasured memory, as is mine of Kathie. She showed us all how to make the dash between our birth & death years meaningful and joyful too :) We now have another angel watching over us. Thank you, Kathie!!

It was a very sad few days as i learned first, that Kathie had become so ill, after enduring as much as she had over the last few years, and then later, that she had passed away.

In the few years that i knew Kathie, her calm and easy going
nature were always comfortable and her cute laugh was one of the best. She was a joy to know and will always be a memory of quiet strength, ability, talent and compassion.

My deepest condolences to you Jeff and your family.

I am so sorry Jeff to hear about Kathy. She was such a lovely person . Always kind and warm whenever I saw her. My condolences to you and your family in this time.
Marianne Davies

The services for Linda have not yet been added. Please sign up below to be notified when the services are ready.

The attached photos are added to the memorial of Kathie von Schwarz to help share their legacy.

Thank you for sharing your memory of Linda