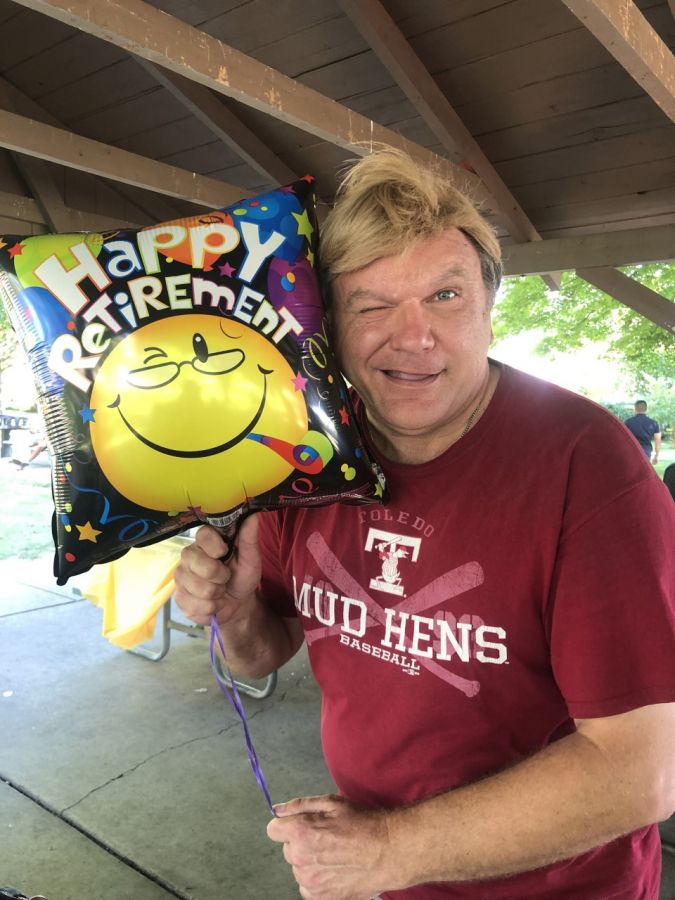 On Wednesday, February 10, 2021, Mark Opatik, loving brother, uncle, and friend, passed away suddenly at his home, at age 57.

Mark was born on June 1, 1963, in Warren, Michigan to Rudy and Theresa Opatik. He recently retired from a career as Accounting Military Analyst for the TACOM.  He was known by many of his fellow workers to be a caring and trusted friend, but mostly for his impeccable wit.

Mark's early years included being a member of the Boys Club of Warren.  He and his family were regular parishioners at Ascension Parish. He was a student and graduate of Lincoln High School in Warren.  Mark had many diverse interests.  He enjoyed baseball and was a lifetime Detroit Tiger Fan, initiated by his dad.  His interest in the sport included statistics, trivia, and memorabilia.  He enjoyed attending games in person in Detroit, particularly Opening Day.  His baseball interest was broad, and it was not unusual for him to travel to other major cities to catch a major league or even a minor league game.  Mark loved music.  He played guitar, keyboard, sang, and wrote many songs, mostly with a humorous or satirical bent.  He played music with his brothers and the three would always pull out their guitars when the opportunity arose. They affectionately named themselves 'The O'Boys'.  Over the years, Mark found himself in several professional and semi-pro capacities, as outlets to play his music.  Mark was also a friend of Bill Wilson for over thirty years.

Mark's recent retirement afforded him the opportunity to indulge more fully in another joy of his, solo road trips.  He would take annual autumn road trips to New England, visited Mount Rushmore, and just as important to him, regularly planned daytrips to the Detroit Zoo.  Mark was a regular visitor to Moquah, Wisconsin, the farm community where his Dad was born and raised. He thrived on reconnecting with aunts, uncles, and cousins.   He had also recently begun a deeper interest in old movies, something he said was originally a way to spend more time with his widowed father.

All those things added together would not, and could not, equal his passion for all things pertaining to his favorite band, The Beatles. Born the year of the British invasion, he learned to play Beatle riffs on a toy guitar while literally still wearing a diaper.  He spent a lifetime honing his craft and was truly a consummate musician. He attended and performed at Beatles Festivals all over the country.  He followed performances of Beatle tribute bands.  He recently made fast, new band friends on the East coast and made many trips to meet with them and play The Beatle's music until he had 'blisters on his fingers'.  At the time of his passing, Mark was a longtime member of the Big House Band. He was a dear friend to his band brothers, Lenny Puma, Ken Noga, and last, but never least, Dan Saoud.

Mark is survived by his brothers; Lawrence (Myra) and David (Mary); and sister Linda (Larry) Opatik Evans. There was a mutual admiration between Uncle Mark and his nieces and nephews. He is also survived by Renee Micuda, Nathan, Branden (Atheana), and Jenna Zinser.  Carl and Stephen Opatik.  Jacqueline, Jeff, and Diego Glikman.  Stacey, Carson, Kaden Burroughs, and Jason Burroughs. Tiffany, Vaidy, Sabrina, Maya, and Layla Subramanian. Jeremiah, William, Evan, and Jack Cronberger. He has devoted cousins across the country.

Mark was preceded in death by his parents; Rudy and Theresa; niece; Cheryl Opatik, and his beloved niece and Godchild, Natalie (Evans) Cronberger, and niece, Baby Cheryl.

A funeral Mass and memorial service will be held on Saturday, March 13th, at 10am, at St. Mary Our Lady Queen of Families (formerly St.Clement), 25320 Van Dyke, Center Line, Michigan 48015. The parish requires masks and social distancing when possible. Mark chose his beloved Moquah, Wisconsin as his final resting place.  In lieu of flowers or donations, anyone so inclined may donate to the American Diabetes Association in his name.

He will be terribly missed.

A great loss to all who knew Mark. The brightest ray of sunshine anyone could have in
their life. Deepest sympathy to his family.

I worked with Mark at TACOM for years and was so sorry to hear that he had passed away, my sympathy to his family. Always ready to help anyone and always ready to answer any type of question. May the love of friends give you comfort and the love of God give you peace.
Briony Lawson

I worked with Mark at TARDEC in the 80s. He certainly loved s good time and very witty. A great guy to work with. Prayers to his family. Karen DeLange

I was trying to find Mark’s telephone number to let him know about a friend of ours from work. While googling his name the obituary came up. I was shocked. We always had such good times at work. Mark had such a phenomenal memory. He will be missed.

My prayers are with the entire family. My you all remember the great times until we meet again thereafter.

My deepest sympathy and condolences to family and friends. Mark will truly be missed. Those who knew Mark would agree it would be difficult to find a better individual, salt of the earth, talented musician, and friend. Though I am older, I called Mark the big brother because he kept me grounded and sometimes reminded me to tap the brakes before losing my cool. He was wise beyond his years. For the guys in the band and the people he played music with, the phrase “The day the music died” is now very real, extremely personal, and extra sad. As a friend and band mate brother, I will surely miss him.

The world has lost a rare humanitarian, devoted family member, friend, dedicated civil servant, musician, fierce fan of the Beatles, Detroit Tigers and the MLB, Peanuts comics, The Tonight Show w/Johnny Carson, M*A*S*H, Barney Miller, and countless other things of nostalgia. I've lost a fellow retiree, brother of musical trivia, and irreplaceable friend. Deepest condolences to all that knew him while his guitar gently weeps.

I met Mark at TACOM a few years ago. It was a chance meeting. He was discussing the Beatles with one of my co-workers. Mark was extolling the virtues of the great band with a person that didn't necessarily understand, and I happened to be walking by. As my work teammate pulled me into the conversation it became apparent that Mark and I were kindred spirits on the subject. We became fast, good friends. We wound up playing Beatles songs together in grand style at Beatles conventions, along with some of the folks that have also paid tribute here. It was a luxury having a buddy at work to stop by talk to about the Tigers, share musical philosophy, grab lunch and talk more Beatles. And the thing is Mark always had something interesting, something fresh, to bring up on the subject. And, man, could he play the songs. He knew every Beatles tune, seemingly note for note, including all the vocal parts and all the guitar solos. If the Beatles could regroup in an alternate universe. he could have literally taught them their own catalog to get ready for the tour. I looked forward to our conversations and our jam sessions that would eventually be. And given all this Mark was among the most humble men I ever knew. I didn't know you long Mark, but I'll miss you greatly. The world will miss you.

I met Mark in March 2019 at Beatlefest in N.J. & knew instantly he was a special soul & an extraordinary guitar player. How is it possible to know someone for such a short time, yet feel how the amazing musical adventures, conversations & spontaneity of friends we shared felt like a lifetime ? I know God works in mysterious ways, & as much I & others will miss him, he's in our hearts forever. & a blessing to keep us smiling.Rest in Peace & Love y Beatle brother.

Mark was my friend and band mate. He never asked for much (except to strum at least once a week) but always had plenty to give. He had a great sense of humor and always a corny joke or two. He will be truly missed and our house and I’m sure at many others. He may be gone, but memories we had will live on forever.

Mark was our wonderful neighbor. His sense of humor always made you smile. We especially enjoyed how he addressed our annual Christmas card envelope (Thelma & Louise, Laverne & Shirley, Betty & Wima, etc.). Mark was a joy who will be truly missed. We are sure he is playing guitar with John and George in heaven. Gone too soon.
Our deepest sympathy,
Nancy and Joyce

Mark was my neighbor for many years before I moved away. He was such a great guy and when we would meet outside I always knew it would turn into a long conversation as we always had things to talk about. Mainly music , and our love of it . He was a very kind person. He invited me once to a Beatle Birthday party he had ... great fun and a great memory .... such a loss. Such a spirit .

He was a tremendous blessing to a great many. Praying for his family and friends.

The services for Mark have not yet been added. Please sign up below to be notified when the services are ready.

The attached photos are added to the memorial of Mark Opatik to help share their legacy.

Please help memorize Mark Opatik by recording your attendance below.

Thank you for sharing your memory of Mark