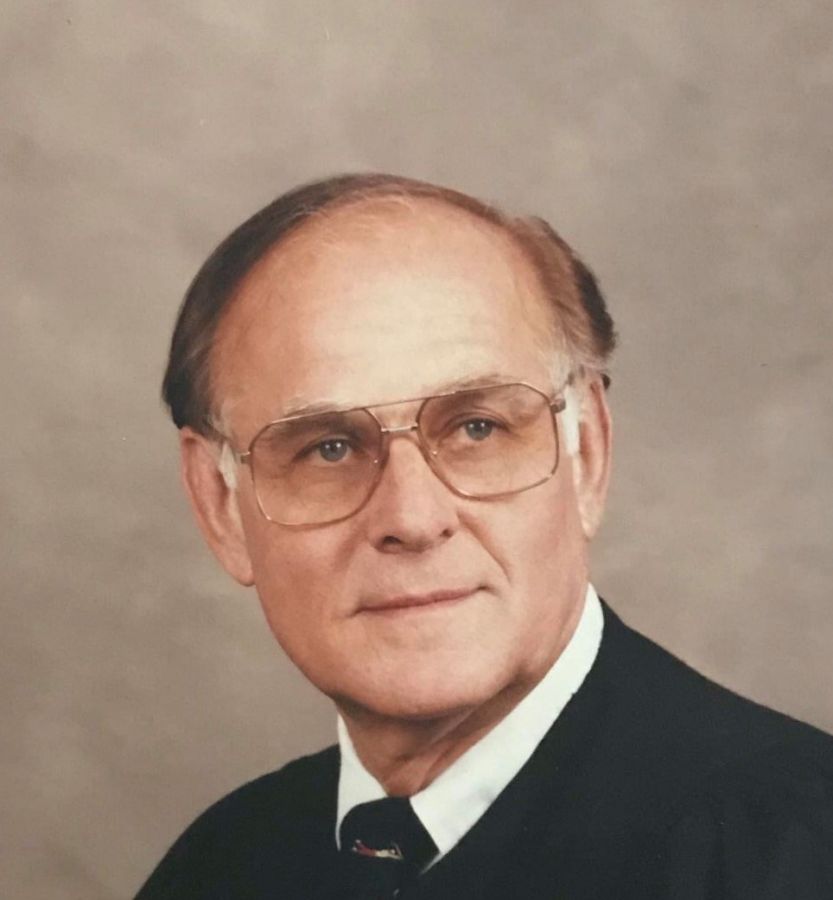 Family and Friends during this Christmas season, the Christ Child saw fit that the Honorable Roland Lawrence should take his place with the Shepherds and Wise Men at the Manger in the Stable. Roland passed away December 28th, 2020 at the young age of 93 and now is at Peace with the Baby Jesus. Roland (aka "ollie olzark") will join his eight siblings, their spouses, and his parents (Michael and Anna) in heaven. Born in 1927 (same year as the Ford Model A), Roland was the baby brother of an amazing polish Detroit area family "The Owczarczaks". Two of the Owczarczaks sisters married two Fekin brothers which created an incredible bond between the two families which will last for generations to come.

The description in Roland's senior yearbook (1945) from Catholic Central read: dramatics, athletics, and studies all came under the title of "A Day's work" to "Ollie". He played the lead role in plays, was an honor student all four years, played on the varsity football team, and was a member of Fr. Martin's All-Star CC Baseball Team. His love of baseball began the day he took his first steps. Roland spent time playing time in the minor leagues. He was inducted into the Catholic Central Athletic Hall of Fame in 2015. Roland continued his education at the University of Western Ontario, graduating in 1951 with a BA degree. He received his law degree from University of Detroit Law school Mercy in 1954. He passed the Michigan State bar exam that same year and began his practice of law. He also served as law clerk for Michigan Supreme Court Justice Harry F. Kelly (former governor of the State of Michigan). In 1970 he was appointed by Governor Milliken to become a Wayne County Circuit Court Judge. He retired from the bench in 1996 but remained active as a visiting Judge and conducted settlement conferences. Fun Fact - we had a parakeet that said "here come da judge" every time he came home from work.

Judge Olzark belonged to numerous organizations which included the Old Newsboys Goodfellows of Detroit - an organization whose sole mission is to ensure that there is No Kiddie without Christmas. He served as a member for 55 years and President in 1977. He also was President of the University of Detroit Mercy Law Alumni in 1977. President of both the Michigan Trail Judges and the Michigan Retired Judges Association. He was a member of the Polish Advocates Association; The Old Time Baseball Players; Knights of Columbus, DeLaSalle Council; Catholic Lawyers Association. He was a member of the Senior Men's Club of Grosse Pointe. Judge Olzark had lifelong love of both boating and skiing. Winters were spent on the slopes of Boyne Mountain and summers on his Chris Craft cabin cruisers on Lake St Clair. During his retirement years, Judge Olzark enjoyed singing in the Choir and accompanying his wife, Halina, wherever she was cantoring. He often times said, "If you want her, you gotta take me too!".

He is survived by his wife of 48 years, Halina Olzark, and four children, Steven, Alexa, Maureen, and Elena. He is also survived by his seven grandchildren, Kirin, Sophia, Natalie, Brinn, Jackson, Claire, and Spencer. Life is not about the number of years we spend on this earth; it is about the dash in between those years. Judge Olzark's dash was fulfilled with kindness, generosity, and accomplishments. His was a life well lived.

Visitation will take place on Saturday, January 2nd, from 1p-4pm at Chas. Verheyden, Inc., 16300 Mack Ave., Grosse Pointe Park. Due to Covid-19 mandates, face masks and social distancing are required. Only 25 people will be permitted into the building at one time. A Memorial Mass celebrating Judge Olzark's life will take place at a later date.

My Father thought the world of Ollie Olzark. They went to CC and played ball together. Judge Olzark was a great friend and mentor to me. May he Rest In Peace.

Being a late comer to the Family, I did not have the honor of spending too much time with Uncle Roland, but the time I did share with him was wonderful. What locked us in arms was me almost calling a "hole in one" with him riding shotgun in my golf cart. Pals since that day. I will sincerely miss you Big Fella. God Speed!!!!!

Thank you for all the times you were there, to help, to guide and to encourage.

We have such fond memories of Judge Olzark and the lovely Helena. A life well lived. The Perry-Olzark softball team and the social parties created some of the best memories of our lives. Our deepest condolences to the family and all his friends. Lovingly, Patti
( Kukula) and Jim Chylinski

OUR DEEPEST SYMPATHY TO HALINA, CHILDREN AND GRANDCHILDREN. YES HE WAS QUITE "THE MAN" AND WE ALL HAVE OUR "MEMORIES" OF BYGONE DAYS WITH HIM... HE WILL BE REMEMBERED FONDLY BY SO MANY PEOPLE AND ORGANIZATIONS.. I HAVE NO DOUBT THAT HE IS HEAVEN BOUND AND SINGING IN THAT "HEAVENLY CHOIR".....WHAT A JOYFUL REUNION IS MUST HAVE BEEN.... REST IN HEAVENLY PEACE DEAR UNCLE... LOVE YA, BARBARA & JOE

Judge Olzark, as I always called you, was a remarkable man. I will always remember seeing you at the wings games right above my dad and my my seats. The days of golfing with you and Steve and the understanding of the simple mischief Steve and Alexa and I got into. I will miss you judge but honored to have known you. Jamie Kurtz

You carried so many titles - husband, brother, uncle, dad, father-in-law, judge, and “Papa O.” Thank you for all your support, love and family leadership. It has been an honor being your daughter-in-law, and I will forever keep you in my prayers. With love, Kristin Olzark 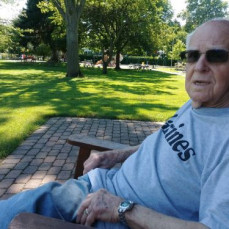 The services for Hon. Roland have not yet been added. Please sign up below to be notified when the services are ready.

The attached photos are added to the memorial of Hon. Roland Lawrence Olzark to help share their legacy.

Thank you for sharing your memory of Hon. Roland

Help friends and acquaintances of Hon. Roland leave memories by sharing to Facebook