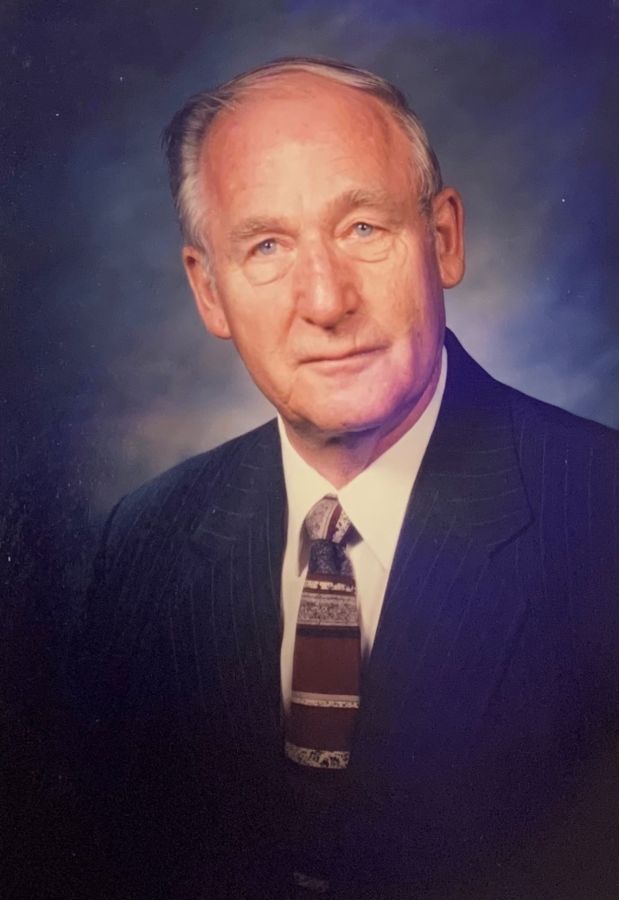 John "Jack" Walter Baird, age 90, of Warren, Michigan, passed away on November 12, 2020, at William Beaumont Hospital in Royal Oak, MI. after a hard-fought, short battle with Covid-19 which he acquired while hospitalized and receiving treatment for an unrelated illness. Jack was a veteran of the Korean War. He served honorably in the United States Army from 1947 to 1952, and was a decorated combat veteran. Jack used his experience in the Army to become a highly decorated member of the Warren Police Department. During his 30 years with the department (1957-1987), he was awarded Policeman of the Year in 1970 and the distinguished Medal of Valor. He received a special award from the Warren City Council in 1984 for his work leading the County of Macomb Enforcement Team. He also received a "Dedicated Service" award from the former Mayor of Warren, Ted Bates, in addition to numerous other local citations. After his retirement, he returned to serve as Warren's Police Commissioner from 1995 to the year 2000.
Jack was born in 1930 to his father Andrew Baird and mother Agnes, and as the youngest, he joined his cherished siblings, Mary (Michael) Oreshack and Alex (Patricia) Baird, who have all predeceased him. After returning from the war, Jack married his beloved Bernadine, who after 66 years of marriage, lost her battle with cancer in 2018. Together, they raised their dear family in the city of Warren. Jack is the loving father of Diane (James) Cusmano and Randy (Deborah) Baird; Treasured Grandfather to Jeff (Emily Prysby) Cusmano, Carrie (Michael) Peter, Cameron, McKenna and Brendan Cooper; Proud Great-Grandfather to Olivia, Megan, and Caleb Peter; and caring Uncle to many nieces and nephews. He was also a doting father to his fur babies Harley and Carley and doting grandfather to fur babies Chappie, Bodie, and Jesse.
Due to Covid-19 restrictions, the funeral service for Jack will be held in the spring of 2021, at Great Lakes National Cemetery, Holly, Michigan.
Those planning an expression of sympathy are asked to consider a donation to All About Animals, 23451 Pinewood St., Warren, MI 48091 or online at www.allaboutanimalsrescue.org or Tunnel to Towers online at www.tunnel2towers.org

The services for John have not yet been added. Please sign up below to be notified when the services are ready.

The attached photos are added to the memorial of John Walter Baird to help share their legacy.