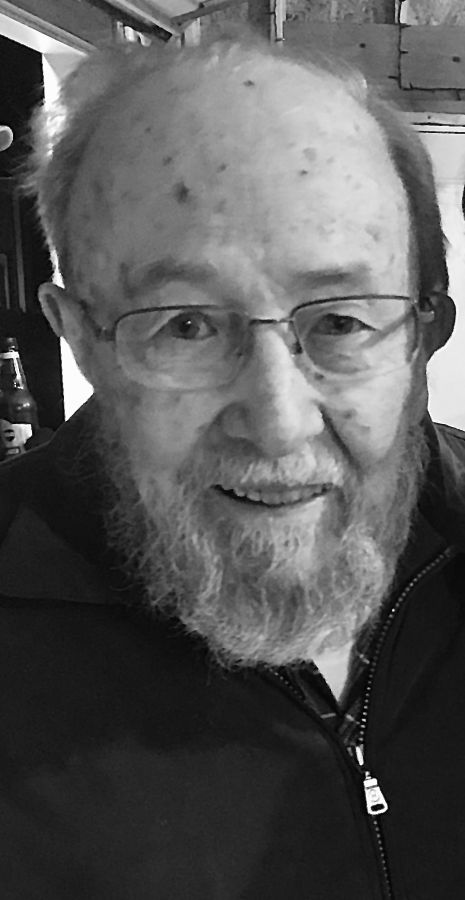 Sterling Price Berry was born in Detroit in 1925. He spent summers on the Lake St. Clair Flats watching freighters go by, igniting his lifelong love of the Great Lakes and Great Lakes shipping. Sterling graduated from Grosse Pointe High School with the class of 1943. He served in the United States Navy in WWII and graduated from Northwestern University in 1950.

Sterling retired in 1988 from a career in human resources management, where he was widely respected by labor and administration alike. Retirement allowed him to devote more time to his many passions. Chief among those was Great Lakes shipping, sharing his enthusiasm and expertise through his website: www.greatlakesvesselhistory.com and his affiliations with: the Marine Historical Society of Detroit, which honored him with the Distinguished Service Award for 70 years of membership and service on the MHSD Advisory Council; Great Lakes Maritime Institute; Lake Superior Marine Museum Association; Dossin Great Lakes Museum; and the Toronto Marine Historical Society.

Sterling always had a song in his heart and a pitch pipe in his pocket. His musical resume included: Choirmaster at St. Philip and St. Steven Episcopal Church, 48-year member of Society for Preservation and Encouragement of Barbershop Quartet Singing in America (Barbershop Harmony Society), Rackham Community Choir, Senior Men's Club of Grosse Pointe Choir, Director of the Good News Gospel Singers, St. Michael's Episcopal Church Choir, American House Choir, and most special to him: founder and leader of the Berry Chorale. His participation in the Christ Church Chorale sparked a passion for travel, as he performed throughout Europe over the course of almost 20 years.

Sterling was devoted to service to others. He was always ready with a greeting of "Hello, Friend!" as he delivered Meals on Wheels for 29 years, served at soup kitchens, worked alongside Anne in advocacy for public schools, helped adults learn to read, and worked as a volunteer docent at the Dossin Great Lakes Museum.

A private memorial service will be held. Sterling will be laid to rest at Elmwood Cemetery in Detroit. Memorial contributions can be made in his name to: Harmony Foundation International, Chippewa County Historical Society, or the Dossin Great Lakes Museum (a division of the Detroit Historical Society).

Arrangements have been entrusted to Chas. Verheyden, Inc.

I just found out about Sterling. He was my Dad's 1st cousin. Sterling, Anne and daughter Julia came to one of our Berry Family Reunions in 1999. We all enjoyed visiting with them. Mom, especially enjoyed it. She and Dad had visited with Sterling's family in Michigan in 1939. Sterling and I continued with correspondence and phone calls over the years since 1999 working on the Berry family tree. He was such a nice person! He will be missed! Gayle Berry Kent

Picture of Julia, Sterling and Anne at Berry Family Reunion in Missouri 1999 and a picture of Sterling with my Mom, Sue Whiteman Berry Cramer at the same reunion.

Picture of Julia, Sterling and Anne at Berry Family Reunion in Missouri 1999 and a picture of Sterling with my Mom, Sue Whiteman Berry Cramer at the same reunion.

You was so COOL WITH YOUR SUNGLASSES. MISS YOU FRIEND

That Smile will always Shine Bright in my ❤

You will truly be Missed my friend.

Deepest condolences to the Berry family. My parents, Marj and Carl Fischer (both deceased now) were friends of Mr. and Mrs. Berry and I know they were very fond of them. I just happened across this and wanted to send condolences from my sister, Leslie, and myself. Sincerely, Sara Fischer Hodges

My prayers for the Berry family on your loss. Mr. Berry was a sweet man and both he and Mrs. Berry were part of so many Grosse Pointe childhoods through all of their activities with church, school, choirs, girl scouts and their beloved girls. How many wonderful memories you must have of his long, well lived life!

So sorry to hear this! Sterling was a beloved member of Chorale and one of the main reasons I’m a musician today. Not only was he the choir director of the first church I served in, he was the one who mentioned this "little camp in the north woods" known as Interlochen. Because of his encouragement, I spent my high school years there and went on to study music in college.

I will miss him a great deal, but will remember him fondly!

My sincere condolences to Anne and to the entire Berry family. Sterling was one of the nicest, friendliest, and optimistic people I have ever met. I do believe that there were no strangers in Sterling's life. We met in the 1980's when we both sang in the Rackham Choir. There were opportunities to travel together for choir trips with Fred DeHaven. These trips also provided the opportunity to also meet others in the Berry clan. A nicer family will be tough to find. We also sang together in the Christ Church Grosse Pointe Chorale. I uploaded two photos from January 2018 when we attended the farewell gathering for Clarence Bennett before his move out of state. Clarence also sang and traveled with Fred DeHaven. I'm sure that Sterling and Clarence were the only two to go on every trip. I bet that there are new choirs and barbershop quartets already in the heavens. Sterling will be greatly missed. Love and hugs. Marilyn

Two photos from the farewell gathering in January 2018 for Clarence Bennett, a fellow chorister and friend.

Two photos from the farewell gathering in January 2018 for Clarence Bennett, a fellow chorister and friend.

My thoughts are with all of you. The world lost one of the kindest souls I have met. “Well, Hello Sir!” will always ring in my ear when I think of him. 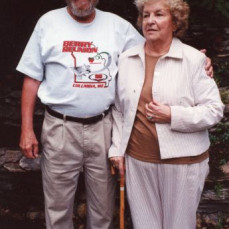 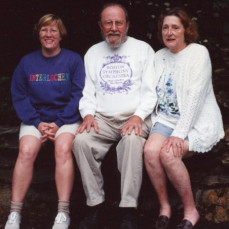 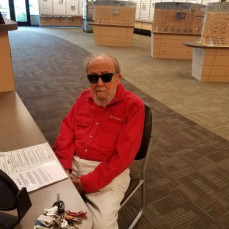 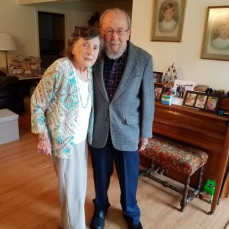 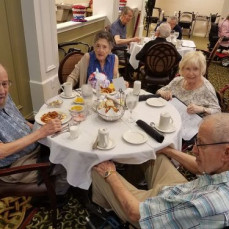 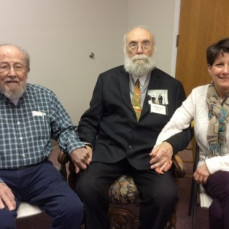 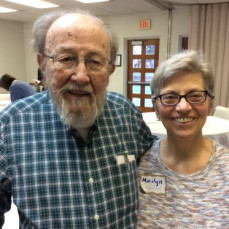 The services for Sterling have not yet been added. Please sign up below to be notified when the services are ready.

The attached photos are added to the memorial of Sterling Price Berry to help share their legacy.

Thank you for sharing your memory of Sterling